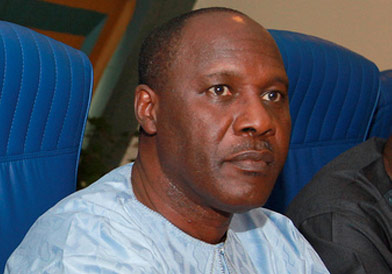 Former Minister of Niger Delta Affairs, Elder Godsday Orubebe, has apologised to Nigerians over his infamous conduct at the collation and announcement of the presidential election results at the International Conference Centre (ICC) in Abuja.

Orubebe, who tendered unreserved apology to Nigerians yesterday, said he regretted his action. He also claimed that his action was sequel to the failure of Jega to treat the petition of the PDP over some results in the North.

The former minister, who spoke to LEADERSHIP Newspaper last night through a telephone interview in Abuja, admitted that Nigerians must have been shocked to watch his action which was televised live by many television stations .

He said, “ I apologise generally to Nigerians especially to the younger generation. I want to say if my action hurt them , I deeply regret it.

“I am naturally a man of peace and a child of God. I love and hold the interest of this country at heart. Hence, my reaction was provoked by Prof Jega’s behaviour.

“I strongly believe in fairness, equity and justice which I felt we were deprived of. I sincerely apologise and request national pardon. I love peace, I preach peace and hold national unity in high esteem.

“That is why I anchored the ceasefire that is now being enjoyed in the South South region. I earnestly beg to be forgiven, in spite of the embarrassment caused to our dear people. I am indeed sorry , I was only pushed to the wall .”

As Buhari Wins, Africa’s Five Biggest Economies Now In The Hands Of Ex- Soldiers And Rebels