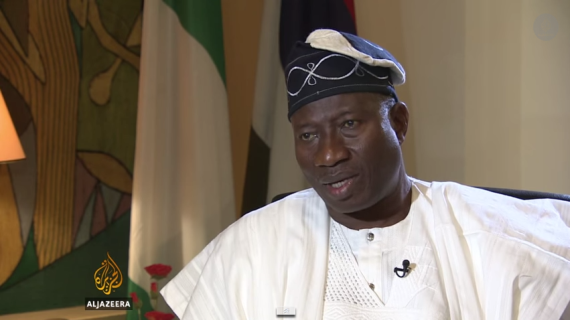 During the current 2015 election season, a number of claims have been made about the President by both opposition politicians and members of the public. These allegations include claims that the president hates Northerners as well as claims that he did not care about the Chibok kidnappings. I’ve highlighted six of the most popular allegations and provided a fact-based response below:

“ In election season, parties make claims. Some are true. Some are not, and some are brazen distortions that can easily be checked ” – Lior Dattel

The president set up a $400m Victim’s Support Fund to provide relief and shelter to victims of Boko haram’s terrorist atrocities. In addition, to prevent allegations of corruption being levelled against him, he appointed the respected General Danjuma and Fola Adeola to serve as Chair and Vice Chair of the fund. In addition, representatives of Nigeria’s Christian and Muslim communities are members of the board. The board also has representative from the PDP and APC as well at the United Nations and the UK Department for International Development.

2. The President did not care about the Chibok kidnappings – FALSE

As soon as it was discovered that the officer lied, he and 15 other officers were Court martialled and imprisoned for dereliction of duty and lying to their superiors.

The President built universities in every state of the North that did not have a federal university. He is building 125 (103 already completed) Almajiri schools in Northern Nigeria despite the fact that primary and secondary education is the primary responsibility of State Governments. In addition, over 50% of Federal Government subsidies for farmers are concentrated in the North West and North East of Nigeria.

4. Corruption has gotten worse under the President’s administration – FALSE

Transparency International which is the internationally recognised body for measuring countries corruption perceptions gave Nigeria her highest ever ranking (136 out of 174 countries) under Goodluck Jonathan’s administration.

5. The Rail Transport reforms are a sham – FALSE

GEJ’s administration rehabilitated the colonial rail network which had been rendered obsolete by past governments. As a result, ordinary Nigerians can travel by rail from Lagos to Kano for 1,900 Naira as opposed to 5,000 Naira by road.

In addition, the administration has signed a contract with the Chinese Government to build a fast rail network across the country. The Kaduna to Abuja Standard rail line which is the first phase of the project has been completed. Also, the global accounting firm KPMG has ranked the fast rail project as one of the world’s top 100 infrastructure projects.

6. The President has been in office for six years – FALSE

This is one of the easiest to disprove, yet at opposition rallies across the country and on social media, the false claim has been repeated so often that it has begun to sound like the truth.

Let’s do the maths: Jonathan became president of Nigeria on 6th May, 2010, which was a day after ex-president Umaru Musa Yar’adua died after his long battle with an illness. May 2010 to March 2015 is just 4 years and 10 months – not even up to 5 years.

Michael Ehioze-Ediae from Edo State, is a Barrister & Chartered Insurer. His twitter handle is @nigeriasbest

‘Sule Lamido Attacking Buhari To Save Sons From EFCC’