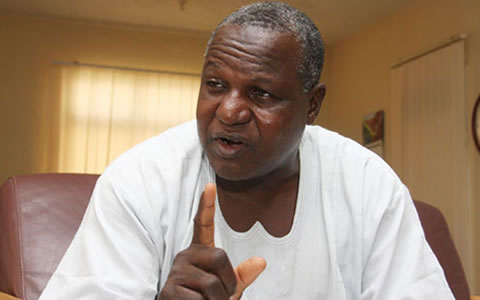 Following reported grievances that its rescheduled national executive council elections was fraught with irregularities, the Nigeria Labour Congress on Saturday asked members of its affiliate unions to ignore invitations for any special delegates conference next week in Lagos.

The elections, which began on Thursday in Abuja, was marred by violence and did not end until the early hours of Saturday. From the results, the returning officer announced the former President of the Medical and Health Workers Union, Ayuba Waba, as the new National President.

Mr. Ayuba, who polled 1,695 votes, defeated his only opponent and former General Secretary of the Nigeria Union of Electricity Employees, Joe Ajero, who got 1,140 votes, from a total of 3, 119 delegates that participated in the re-scheduled elections.

Shortly after the results were declared, Mr. Ajaero’s camp, which claimed to control the loyalty of 23 affiliate unions of the congress, disputed it and announced their intention to contest it.

The group was said to have issued invitations immediately to the 23 affiliates allegedly sympathetic to the decision to reject the result for a “special delegates conference” in Lagos next week to elect a parallel executive.

But, the outgoing national executive, led by Wahab Omar, on Saturday issued a statement to distance itself from such an action, which it said was aimed at destabilizing the Congress.

The statement signed by the General Secretary, Peter Ozo-Eson, warned those he called “group of individuals driven by inordinate ambition and vainglory” to desist from being used as agents of destabilization of the labour movement.

While urging affiliate unions of the Congress to ignore any invitation to such a conference, Mr. Ozo-Eson reminded them that its 11th Delegates Conference was successfully concluded in the early hours of Saturday.

At the end of the exercise, he said, the National executives of the Congress were elected in “a free, fair and credible elections under the watchful eyes of unions, delegates, invited guests, veterans and members of the media.”

“At no time, from the commencement of the accreditation of delegates to the voting, counting of votes and announcement of results, was any a complaint raised or lodged,” the General Secretary declared.

He said Congress found it necessary to advise those behind the planned illegal conference to resist the temptation to allow themselves to be used as agents of factionalisation or destabilisation of the Congress., as the “Congress is bigger than any of us.”

Incredible!! Woman Kidnaps Her Children To Join The Islamic State In Syria

Ijaw Will Do “Everything To Protect That Seat”… – IYC President, Udengs Eradiri On Jonathan’s Re-election