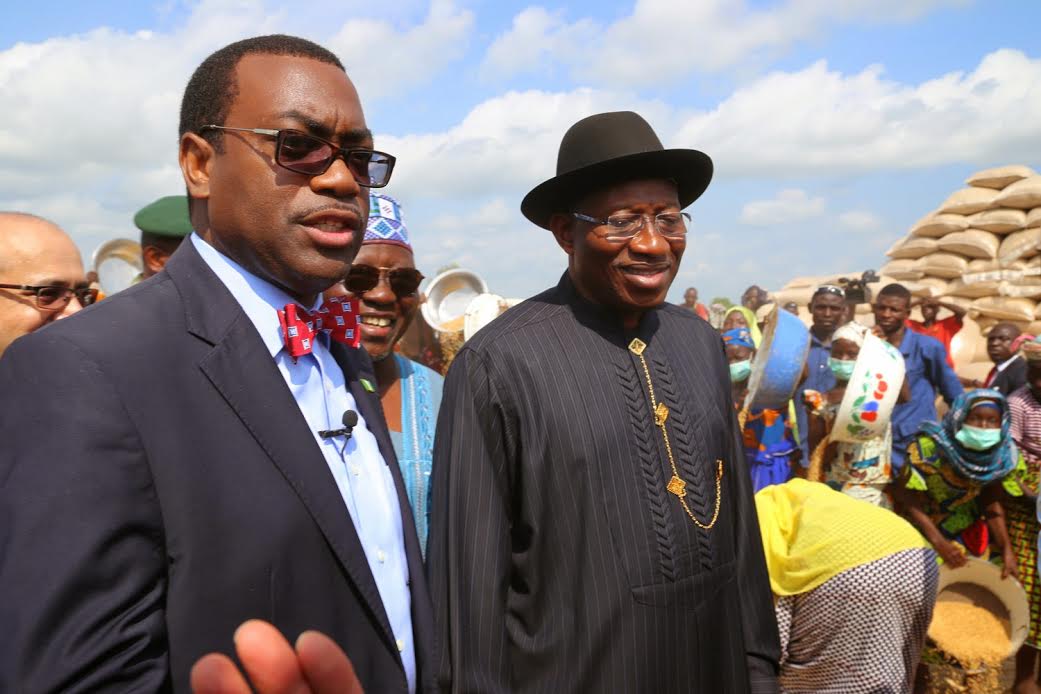 When there was a flood in this country 2012, everybody panicked, President Jonathan didn’t panic, people said there was going to be food crisis. I remember I went to him, I had my detailed analysis done, Mr President people are telling you that we are going to have food crisis, I said; No, you didn’t choose to shock we choose our response.

The President had that day on his desk quite a lot of people that had sent him letters asking for waivers to bring in food and flood the country with food.

The President didn’t listen to them and he called his Minister of Agriculture, that is a great leader and he said can we survive? Do you think we are gonna survive?

Mr. President, I said, we can survive if you help us to do dry season rice. I gave him the plan, he took his pen, he used his green pen and he cancelled every single one of those things on his desk asking for waivers. He said Akin as he normally calls me go get the job done.

All across the North of this country it started and that is why we have been able to boost so much food production, farmers, young people that use to leave the north to come and work in Lagos or Abuja as mai guards or night guards or stuffs like that have stopped.

We create a lot of jobs, agricultural sector alone in terms of farm jobs have been able to do 2.3million farm jobs, you go and ask people not on the internet, not on Facebook, you go ask the in Jigawa, you go ask them in Katsina, ask them in Sokoto ask them in Kano, ask them in Bauchi and ask them in Gombe; they will tell you that there is no other President that has loved farmers more, supported farmers more, encouraged them more and being there for them all the time, he truly is the farmers President and he truly is the farmers president because he loves Farmers, he supports farmers and I believe that the farmers are going to reward him back because the farmers don’t want to be naked again, they want the clothing on their body and they are not going to loose that to just empty promises from others.