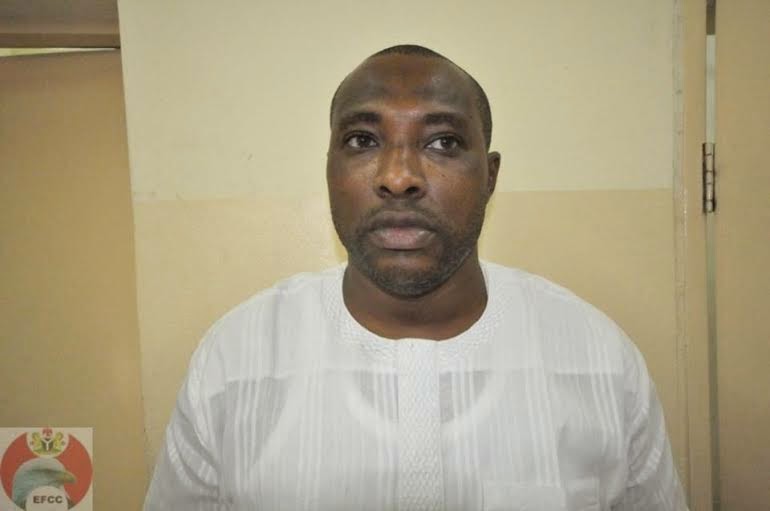 A former Senior Special Adviser on Millennium Development Goals to Bukola Saraki, ex-governor of Kwara State, and incumbent Commissioner for Information in the Abdulfathah Ahmed administration, Prince Olatunji Oyeyemi Moronfoye, will on March 19, 2015 be arraigned by the Economic and Financial Crimes Commission, EFCC before a Federal High Court, Ilorin Kwara State, for offences bordering on abuse of office, awarding contracts to his cronies, embezzlement, diversion of public funds, and money laundering.

Also to be docked by the anti-graft agency is Ope Saraki, cousin and Senior Special Adviser on Millennium Development Goals to Governor Ahmed, in a statement issued by the commission to NewsWireNGR.

Moronfoye is alleged to have used his position as the Senior Special Adviser to the former governor to enrich himself.

Specifically, he allegedly awarded contracts to the tune of over N200million for the renovation of Ijagbo Primary Health Centre and the supply of medical equipments to Health Centres and Specialist Hospitals within the state, to a company in which he has interest. and was sole signatory to the account.

Saraki is also alleged to have abused his office and laundered state funds for his personal benefit by awarding inflated contracts to companies owned by his cronies. I

n one of the transactions involving the purchase of Ambulance buses for hospitals in the state, Saraki duped the people of Kwara State by procuring thirteen Hiace buses from a local car dealer and converting them to ambulance in place of factory built ambulance for which a contract of N171, 990,000.00 was awarded to Chemiroy Nigeria Limited.

Akinwumi Adesina, Tells Story Of The Jonathan Decision That Saved Nigeria From Famine (MUST READ)