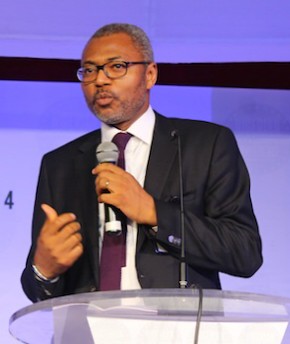 Broadcast regulatory agency in Nigeria, the Nigerian Broadcasting Commission (NBC) has been rocked by a ongoing certificate forgery scandal in its head office, at Abuja.

Eight months after evidence of a forgery scandal involving a staff of the Commission, Caroline Animan, was uncovered, the management of the Commission has refused to act in line with the recommendations of the report.Ms. Animan, a confidential secretary at NBC, said to have been an employee of the Commission for over 20 years, presented a forged National Diploma certificate in Secretarial Studies purportedly issued by Moshood Abiola Polytechnic, Abeokuta, Ogun State (formerly Ogun State Polytechnic).But the institution eventually confirmed the “certificate” presented by Ms. Animan (formerly Carolene U. Umelue) as fake, following an official investigation and document verification by the NBC.The Principal Assistant Registrar (Exams and Records) of the Polytechnic, Olusegun Ogunpola, through a letter titled: “Re: Request for Document Verification: Carolene U. Umelue” dated June 23, 2014 categorically said the certificate was fake.Subsequently, the NBC official saddled with the responsibility of verifying the document presented by Ms. Animan submitted a report titled “Re: Report On Document Verification: Statement Of Result Presented By Caroline Animan (Mrs)” to the Director General of the NBC through the Zonal Director, Ibadan Zone, on June 24, 2014.The report indicted Ms. Animan and recommended she be ultimately dismissed after facing appropriate disciplinary committee, in line with Public Service Rule. It attached the letter from the Polytechnic and the forged certificate marked “fake” by Mr. Ogunpola of the Exams and Records of the institution.Ms. Animan was investigated following noticeable poor work output.Nigeria’s public service rule considers the presentation of forged credentials a case of gross (serious) misconduct for which erring officials should be punished with dismissal, once the allegations are proven.It was authoritatively learnt that in its recommendations, the report held that Ms. Animan’s offence is criminal, and therefore the Commission is statutorily obliged to report her to the police and/ or the Independent Corrupt Practices and related offences Commission for criminal prosecution.However, for eight months, the management of the Commission has refused to take administrative action or report Ms. Animan for criminal prosecution as required by Public Service Rules.An official of NBC who spoke in confidence, alleged that the delay in acting on the recommendations of the report and the shielding of Ms. Animan is because some ranking officials who are in the capacity to act on the matter may have also submitted fake credentials to the Commission.The source revealed that Ms. Animan knows this and has been threatening to expose officials should they fire her without benefit and hand her oval for criminal prosecution by the Police or ICPC.Also, it was reliably gathered that the supervisory authority for the NBC, the Federal Ministry of Information, is aware of the scandal.The Permanent Secretary of the Ministry, Folashade Yemi-Esan, is said to be aware of the case but has chosen to dilly-dally, in spite of the magnitude of the offence involved.Our source at NBC said attempts have been made by senior officials of the commission to cover up the scandal and even ensure Ms. Animan remains at the Commission without due punishment.The official who investigated the matter, our source said, has been dissipating efforts toward getting justice in the matter, while the Commission’s top hierarchy are mustering efforts to “shut him up” even with a “sponsored training programme in Dubai”.However, the official is said to be adamant in his demand that Ms. Animan be made to face the law.The Director General of the Commission, Emeka Mba, was contacted, but said questions on the matter be directed to the organisation’s Head of Public Affairs, Awwalu Saliu.Mr. Mba said he was not aware of the matter. But our investigations established clearly that the investigative report on Ms. Animan was submitted to him on June 24 and he directed that the document with which Ms. Animan secured a job with NBC be verified through a letter with reference number NBC/SPF/272/Vol: III/60, dated June 16, 2014.When Mr. Awwalu was contacted, he said he only heard about the forgery case for the first time from our reporter but would “get on the case” immediately.He later confirmed the case after making inquiry at the human resources section of the organisation.Mr. Awwalu said the Head of Human Resources claimed he was “making second level investigation” before taking action.When asked why there needed to be a “second level investigation” after the issuing institution had confirmed the credential of Ms. Animan is fake, he said, “well, that’s the explanation given by the human resources department”.