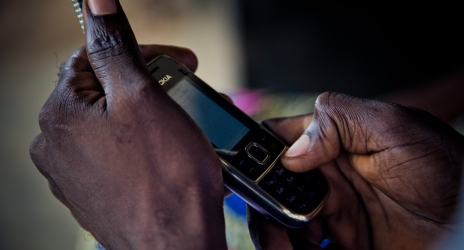 The Nigeria Communications Commission can confirm that Nigeria’s tele-density, also known as telephone penetration, has finally hit a 100 per cent mark, the News Agency of Nigeria reports. This data was contained in the NCC Monthly Subscriber Data, made available to NANin Lagos on Friday.

According to the information, the country’s tele-density stands at 100.59 per cent as of the end of January, with the active lines/phone numbers on the telecommunications operators’ networks reaching 140,822,483.

Tele-density measures the percentage of a country’s population with access to telephony services as determined by the active subscriber base.

“It has a direct relationship with the number of mobile subscriptions on telecom networks, and as it grows, so does the subscriber base and vice versa,” it said.

It said from December 2001 to 2006, tele-density was based on connected subscribers.

However, tele-density from December 2007 was based on active subscriptions on mobile networks.

The proportional growth in tele-density showed that access to telephone services was getting deeper in this country.