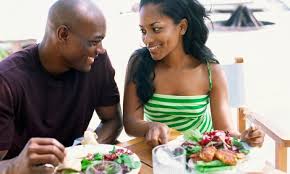 1. Don’t reply to texts right away
Replying to texts the a minute after they come screams that you have no life. Even if you do have a life and just happened to see his text come in, replying right away will give him the impression that you don’t. Most men don’t reply to texts right away either, so replying in such quick time doesn’t make any difference to his response. Taking a while to reply implies that you have other things to do and aren’t always there when he’s ready to talk.

3. Be confident
Don’t look to a guy to give you confidence. If you’re constantly putting yourself down and expecting a guy to reassure you of how awesome you are, he’s probably going to find talking to you more of a chore than anything. If you know how great you are, without being arrogant, that kind of confidence will make him work harder to get your attention. Confidence is a very sexy trait.

4. Don’t get annoyed
If the guy you’re playing hard to get with doesn’t take the bait, don’t get mad. You aren’t trying to get guys to beg for you on hands and knees. If you get annoyed at him that he’s not missing you enough or giving you enough attention after all you’ve done to play hard-to-get, you’ve given yourself away. You don’t want to be obvious in playing hard to get. A woman who is naturally hard to get doesn’t get annoyed when men don’t react in a certain way.