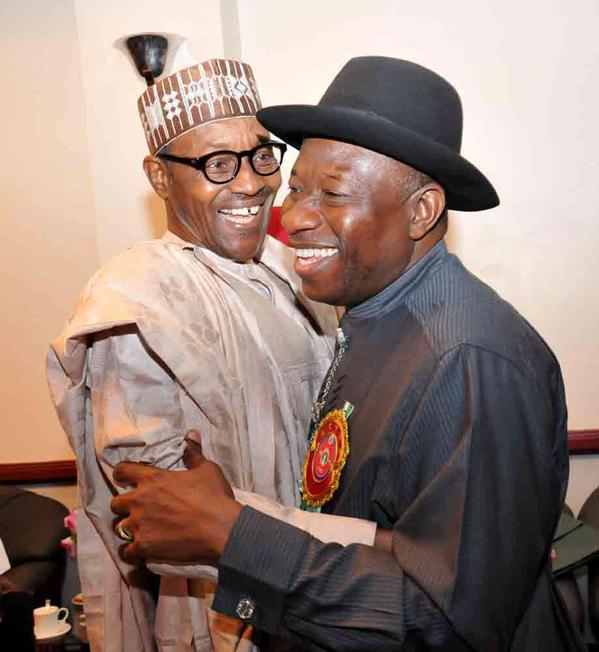 If there is one thing political events in the past few days has taught us about the up-coming general election in Africa’s most populous country, Nigeria, it is the fact that the term ‘free and fair’ may become too expensive for the country to afford if it eventually goes to the poll come March 28th and April 11th, 2015.

Few months ago, in my separate pieces for the South African based The Star International and Nigerian Punch Newspaper, I had opined a crash to death scenario if the general election was to take place on February 14 as earlier planned basing my postulation on the notorious state of politics the opposition party and the ruling party seems to be devising in order to win the electorates to their side. Issues and policies that directly affect the lives of citizens are neglected; propaganda, smear campaign, ethnicity and religious sentiment reign supreme.

While both parties have continuously attacked each other on the failure to concentrate on issue-based campaign, the political adverts sponsored by these two either directly or via proxy have given a new definition to pettiness and dirty politics. The continuous running of a documentary titled ‘The Real Buhari’ by the ruling party on television stations which shows a grand mixture of lies and minimal truth against the opposition’s presidential flag bearer, General Muhammad Buhari would not have gone pass the table of the censor board anywhere in the world. The opposition on the other hand have also created tonnes of videos online sponsored via ads for a viral effect on social media with some been aired on various television stations, continuously ridiculing the sacred office of the president with some descending as low as attributing the President to a baboon and even the devil!

Both parties even with so much campaign emphasis on the need to discuss inter alia, the downtrodden economy, depreciating naira, skyrocketing unemployment index have continued to pay lip-service to attending a presidential debate while they have both concentrated on cacophony of fact-less, caricature and sweet-tongued promises at various campaign arena leaving the question of the feasibility of these promises begging for answers. This sincerely, isn’t the right way to go.

Beyond the pettiness and propaganda, the outcome of the election no matter how transparent and fair it appears will never be accepted by either party.

An anonymous commentator said recently, that the most fearful issue in this election is that each political party believes it has won the election and anything short of that will be seen as nothing but rigging. While granting an interview recently, the presidential candidate of the opposition party, General Buhari in an attempt to answer a straight forward question on what he will do should he loses at the poll said ‘I won’t lose’. The implication of this is that General Buhari already sees himself as an awaiting President, one need not wonder how he would take a disappointing outcome. Such disagreement wouldn’t be fought on the pages of newspapers or television screen but with guns, machetes and cutlasses.

Each political parties have enough excuse to disregard the outcome of the election, even if supervised by Angels.

To the ruling party, the Independent National Electoral Commission (INEC) has become a close ally of the opposition with the party issuing press releases which in recent times have been aligning with most of its policies and actions. This naturally is bound to create a displeasure with the ruling party as such sudden found love means that the electoral body may be dancing to the tune of the opposition. Evidences have shown that the fear of the ruling party may be in order has INEC claims to have distributed over 80% of permanent voter’s cards (PVC) in the Northern part of the country which beyond doubt is the opposition’s strong hold while the South only has approximately 55% collections. The implication of this is that more people will be able to vote in the North compared to the South. It will therefore be of no surprise if the party refuses to accept the result of the election.

The opposition on the other hand will not take anything less than a victory. The postponement of the election by six weeks beyond doubt is more of the hand of Esau and voice of Jacob. The opposition believes the ruling party intimidated the electoral body using the security agencies, describing the act as a ‘civilian coup’. If such feat could be achieved then how hard it is to turn around results in favour of the government in power especially as most of the INEC officials were appointed by the government.

While the International Criminal Court (ICC) has issued a warning to both parties on the need to ensure a peaceful pre and post election period combined with the signing of the Abuja Accord for peace, history has clearly shown that such accord or warning are not strong enough to avert the possibility of chaos.
Even if eventually, the culprits and promoters of violence are brought to justice, the effect of such massive civil unrest on the fragile security of the country maybe a plus for the terrorist group, Boko Haram to fully take over.

All said and done, I believe it will be in interest of peace for stakeholders and decision makers to begin the consideration of forming a unity government to avert the looming bloodshed and continuous waste of scarce resources for the election.

Considering the already deepening division the election is causing the country and the need for peace and unity at this critical state in our war against insurgency coupled with the effect the heated polity is having on our economy with an uncertain market, the opposition party and the ruling party should concentrate on forming a joint government. Nigeria should not be allowed to descend to a nation at the mercy of the western world as evidence in the past few days shows a more than normal interest of the United States and European Union in the affairs of the country and history has shown that countries on such interest list end up becoming a ghost of itself. See the case of Libya, Afghanistan, Iran for details.

The National Assembly being the highest lawmaking organ in the country should as a matter of urgency put up laws to accommodate an all inclusive government of national unity. Due to the level of distrust in our polity, the African Union should mediate the process of negotiation and creation of the offices of the Prime Minister and deputy prime minister. President Goodluck Jonathan can still continue to hold the presidential position while General Buhari and his running mate Professor Osibanjo becomes Prime minister and deputy prime minister respectively. Both parties should hold a political conference and agree on how to jointly nominate individuals to the various ministries, departments and agencies of government.

It is left to us all to ensure the next few weeks doesn’t turn out to be the last for the country. We all must stand up against the greed and selfishness of politicians, for if this country burns, it is the blood of the masses that will be used in setting it ablaze.

Adekoya Boladale wrote via adekoyaboladale@gmail.com. Please engage on twitter @adekoyabee and Facebook www.facebook.com/adekoyabee…Adekoya Boladale is a political scientist and scholar on good governance, a social commentator and consultant on political and intra governmental affairs. He is the Convener, Advocacy for Better Leadership (ABEL), Nigeria.

Muhammadu Buhari: One Nation Bound In Freedom, Peace And Unity

Bayo Oluwasanmi: Where Are We Going? … Looking Ahead Beyond 2015