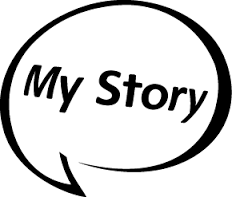 They said she hid in the cupboard, they also said she wore a white bridal dress, they equally said she was the scariest ghost that had ever lived. So many were the things were said about her – some mythical, some a figment of the narrator’s imagination, the only factual thing about Madam Mook was that we all feared her, likewise the cupboard that stood at the corner of Primary 4C.

We had heard the narrative of how Madam Mook came to inhabit the cupboard so much that there was no single soul in the school who couldn’t narrate it off head. Surprisingly, everyone had a personal encounter with Madam Mook. Most of these stories were simply mind games. I remember once that I came to school one early morning and as I passed by Primary 4c, I heard noise emanating from the cupboard and I automatically took it to be the handiwork of Madam Mook. That day, I kept on twisting the story to make it more nicer on every narration. It was so with everyone!

It so happened that one day, my parents did not come for me earlier. It was Five o’clock and the school was empty. As I walked around praying that my parents would come quickly for me, I heard quiet footsteps behind me. I recoiled! Indeed, the only thing that came to my mind was “Madam Mook”. There was no way around it – she was going to hunt me. I began to shiver, thinking things no human ever dared to think! Indeed, I was going to die, I just knew it. I started reminiscing all the happy times I had had in life. I was going to die. I heard something move swiftly, I turned — no one was there.

My worst fear became a reality when I heard my name being mentioned in a ghostly manner. “This is the raspy voice my friends have been talking of” I muttered to myself with all the bones in my body shaking. I saw a shadow move towards Primary 4C. I followed the shadow and to my utter surprise, the cupboard was opened a bit half concealing a piece of old bridal dress. “Madam Mook is out! She is out to torment me”
I heard mumming voices; it was some kind of glumly falsetto. “Open me up boy! Open me up!” I heard.

I couldn’t stand it anymore! I run but immediately I reached the door, it closed and locked by itself.
“Open me up! I have waited so long to get out of this prison. Open me up or die with me” it repeated more raspier than before.
With all the courage I had with me, I slowly walked towards the cupboard and tried to open it. I shut it up quickly and the voice repeated this time more louder and angrier than before “Open me up, open me up.”
This thing of evil was bent on killing me. The voice still did not stop, it kept on increasing in pitch and gloominess. I said my last prayer — “Lord, I have to go to heaven. Into your hands I commit my spirits” this was the only thing that came to my mind.
I held the doornail and opened the cupboard. I just lost vision, I don’t ……………

I opened my eyes and realized that I was at the hospital, they asked me what I saw in there. I couldn’t bare to tell them what I saw in there. I came to school and learnt that the cupboard had been burnt. The headmistress didn’t bother to look at the contents of the cupboard. She hired men to bring out of the classroom and she burnt it there and then. That class was locked afterwards, Primary 4c was transferred to the basement. As much as my friends tried, they couldn’t get a word from me about what I saw even up to this day. Madam Mook had in truth escaped — I saw her, she was so beautiful, she even thanked me. It was because of her that I fainted, it was something else!

Must Watch!! Amber Rose Twerks Again, Do Not Allow Your Man See This!!