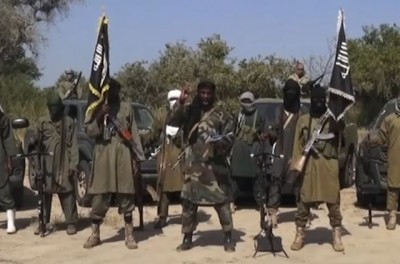 “The Boko Haram gunmen are now at the Jeka-da-Fari roundabout in the centre of the city, firing indiscriminately and throwing pamphlets calling on people not to participate in the elections,” resident Ali Dahiru said.

Mutilple sources who spoke to NewsWireNGR say the fighters overran a checkpoint on the edge of the city and explosions and gunfire could be heard.

Gombe – capital of Gombe State – has previously suffered suicide attacks but correspondents say this is the first time Boko Haram has launched a direct assault on the city.

BBC reports said militants first attacked the town of Dadin Kowa, about 40km (25 miles) from Gombe. Ground troops with air support then battled to keep the insurgents from entering the city.

One resident quoted by AFP news agency said Boko Haram gunmen were at a roundabout in the city centre, “firing indiscriminately and throwing pamphlets calling on people not to participate in the elections”.