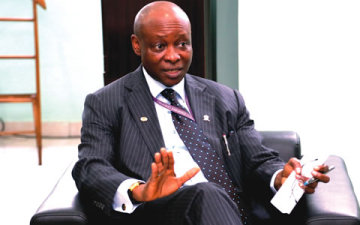 The Vice-Chancellor, Covenant University, Ota, Ogun State, Prof. Charles Ayo, has hinted that the institution may likely reduce its tuition fees, downwards, so as to accommodate more students who will want to benefit from the quality education it offers.
Addressing a news conference on Friday over the school’s recent Webometrics ranking as the first in Nigeria and West Africa and the 15th in Africa, he said even though there is no actual date for the likely review yet, the initiative would make admission into the school more affordable and competitive.
He explained that apart from the fact the Chancellor of the school, Dr. David Oyedepo, had already thought about it, the school management also had plans to increase its internally generated revenue so as to augment its income, which would make the review easy.He said, “Going by the thinking of the proprietor and chancellor, the commission is thinking of reducing the fees with a view to allowing more people to be able to benefit from the quality education that we have here, but it’s going to be highly competitive.“This may affect us because we would need to work more on our IGR, but we are up to the task. The beauty of it all is to be able to leave it open to all, however, we are mindful of our carrying capacity, which will only engender stiff competition before anybody would be able to get admission.“By the next academic session, the university will be going into production of certain items and looking at our projection on the adventure, we are going to be raking in billions, which will supplement our income and with that, we can be sure that the fees would be reducing gradually, which also shows that education venture is not necessarily about profit-making but about service to humanity.”The vice-chancellor explained that with the recently released Webometrics Ranking of February 10, 2015, “Covenant University is now the first among all the universities in Nigeria and West Africa and the 15th in Africa.“Last year, we were the second in Nigeria and 25th in Africa, but now we have improved greatly, and this is because we came in with a view to introducing a change, which was a clear departure from what others do, therefore, this feat and many others do not really come as a surprise to us.”Webometrics Ranking is the ranking of about 2,500 institutions in the world based on their web presence, impact, presence, openness and excellence.