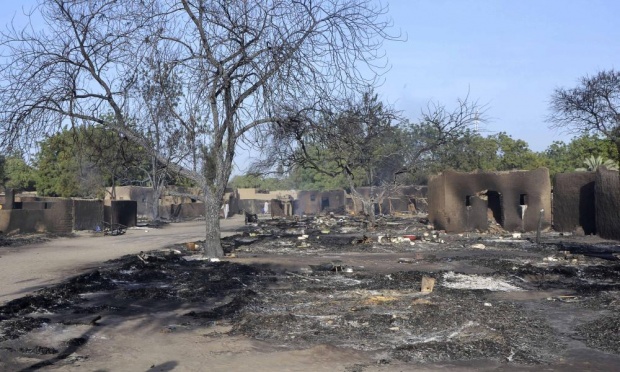 Nigeria’s Boko Haram terrorists have carried out their first attack inside neighbouring Chad, targeting a village on the shores of Lake Chad as part of a widening insurgency across four countries.

The Islamist fighters crossed the vast lake by boat at night to attack the village of Nougboua, across the water from the Nigerian town of Baga.

Two-thirds of Ngouboua, which has become a sanctuary for Nigerians fleeing attacks by Boko Haram, was burnt down in the onslaught, a security source tells Agency Reporter.

Chadian officials reported that one civilian – the village chief – and one soldier were killed in the attack, and four troops were wounded. Two Boko Haram fighters were killed and five injured. The security source, who spoke on condition of anonymity, gave a higher Chadian death toll of four civilians, including the chief, and one soldier.