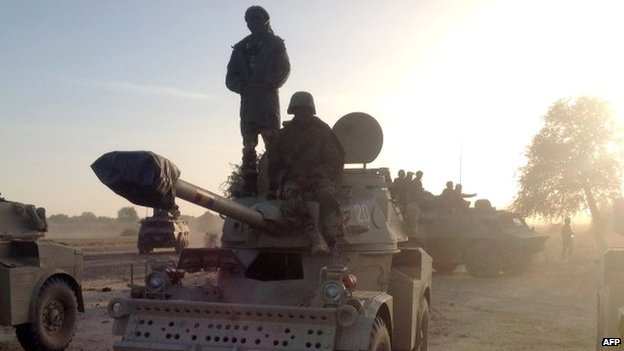 Chadian troops have entered the northern Nigerian town of Gambaru on the border with Cameroon that has been under the control of Nigeria’s Boko Haram insurgents for several months, Chadian military sources said on Tuesday.

“Our troops entered Nigeria this morning. The combat is ongoing,” one of the sources at Chad’s army headquarters told Reuters News Agency.

Chad has deployed some 2,500 troops as part of a regional effort to take on the militant group that has waged a bloody insurgency to create an Islamist emirate in northern Nigeria.

The African Union has responded by backing plans to establish a 7,500-strong regional force to fight Boko Haram.

On The Other Side Of The Law: Officer’s Wife Nabbed For Robbery In Lagos