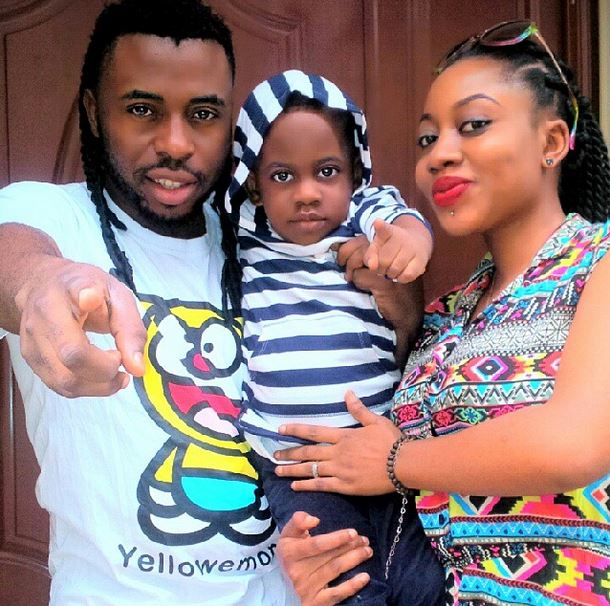 Nigerian music producer, Samuel Ogwuachaba who is known in music circles as Samklef has sent out a simple but yet lovely message to his beautiful wife, Yvonne Iheduru-Ogwuachuba on the occasion of their third wedding anniversary which was two days ago. Here’s what he wrote:

yesterday made it 3years of my life with you…… love you 4 life! @mz_yvonne

His wife, Yvonne also had this to say:

It’s so great to find that one special person you want to annoy for the rest of your life..lol….my love and very best friend…#stronger and better #love #peace #family #always #thankful #latepost #gudnite

The couple got married in 2011 and have a son named Jason. Samklef’s wife featured in her husband’s 2013 video for Suwe Remix which featured Olamide and also had a cameo appearance from popular comical actor,  Baba Suwe.

We wish the couple an amazing life together and maybe more kids!