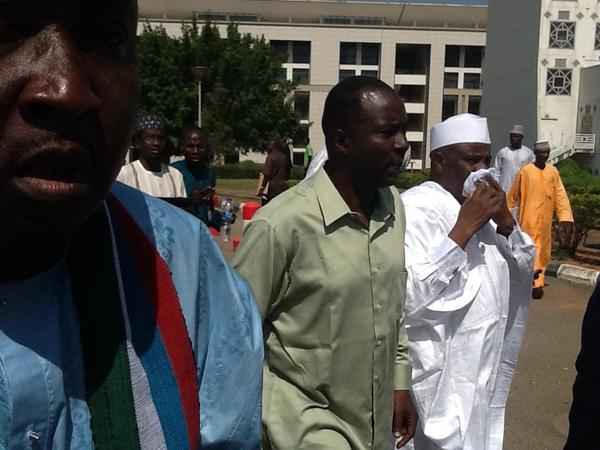 Scores of State Security Service, SSS, personnel have taken over the National Assembly ahead of a crucial House of Representatives sitting today, in an enhanced security operations one official said is aimed at denying the speaker, Aminu Tambuwal, access to the complex.

Mr. Tambuwal who defected from the ruling Peoples Democratic Party, PDP, by defecting to the opposition All Progressives Congress, APC angered the ruling party that insists he steps aside if he must precise over the assembly.

The speaker adjourned the House shortly after his defection on October 28, and announced a resumption schedule for December in what was believed an attempt to frustrate any move by his former party to unseat him.

The members were to reconvene Thursday to discuss President Goodluck Jonathan’s request to extend emergency rule in Borno, Adamawa and Yobe States, where Boko Haram attacks have intensified.

Thursday’s plenary would be the first since Mr. Tambuwal’s defection.

A large contingent of SSS personnel took over the sprawling National Assembly complex and sealed off all entry points leaving only one open where everyone going in is thoroughly frisked and many, turned back.

David Mark Orders The Closure Of The National Assembly Over Violence