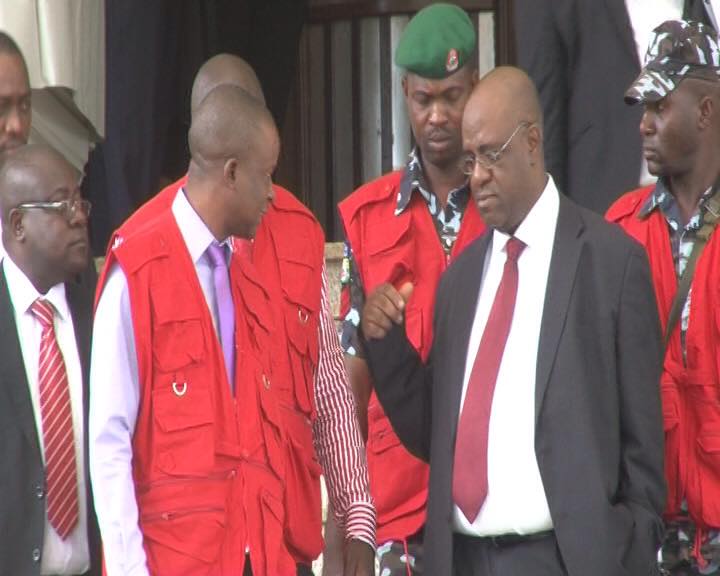 Okoyomon is facing extradition proceeding instituted against him by the office of Attorney General of the Federation, following a request by the UK government.

The former Mint boss is wanted in the UK over his alleged role in the bribery scandal involving officials of Central Bank of Nigeria, CBN, the Nigeria Security Minting and Printing Company, NSMPC, and Securency International Pty of Australia, between 2006 and 2008.
At the last adjourned date, Alex Iziyon, SAN, counsel to Okoyomon had pleaded with the court to grant his client bail pending judgment. He averred that his client was entitled to bail and that, if granted, he will be available for trial. Tanimu Almakura, the prosecution counsel told the court that before bail is granted, sufficient evidence must be placed before the court.

Ruling on the bail application today, Justice Chukwu granted Okoyomon bail in the sum five hundred million naira and two sureties who must be of the rank of executive director in government establishment and possess landed property within Abuja Municipal Area Council.
Also, they are to swear to affidavit of means and provide evidence of tax payment for the last three years.

Furthermore, counsel to the respondent is also to write an undertaking; while officials of the EFCC, the court registrar and the bailiff are to verify the terms.

Justice Chukwu adjourned the case to December 1, 2014 for final ruling.