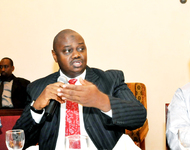 Dakingari, among other things allegedly used his office as the Accountant-General, Kebbi State to fraudulently enrich himself.

Particulars of count four of the charge reads:

“That you Alhaji Mohammed Arzika Dakingari being the Accountant-General of Kebbi State , on or about 2nd May, 2013 in Kebbi State within the jurisdiction of the High Court of Kebbi State , did use your office to confer upon yourself, a corrupt advantage for the award of a contract by Kebbi State Government to Beal Construction Nigeria Limited, (a company on whose board your children are directors and of which you are a signatory to its bank accounts) for the provision of additional structures to the newly established secondary school at Moh’d Mera College, Argungu worth N241,866,556.50 (two hundred and forty one million, eight hundred and sixty-six thousand, five hundred and fifty six naira, fifty kobo) and thereby committed an offence contrary to and punishable under section 19 of the Corrupt Practices and Other Related Offences Act, 2010”.

“That you Alhaji Mohammed Arzika Dakingari being the Accountant-General of Kebbi State and Musa Yusuf being the Managing Director, Beal Construction Nigeria Limited sometime in October, 2012 in Birnin-Kebbi within the jurisdiction of the High Court of Kebbi State, with intent to defraud, did aid Ibrahim Abdullahi Usman, Chairman/Managing Director, Cigale Finance S.A Lome-Togo (now at large) to obtain 25 Units of Iveco Trucks, property of Karimat Global Trade Links Limited valued at N175,000,000.00 (one hundred and seventy five million naira) only by false pretence and thereby committed an offence contrary to section 8 (a) of the Advance Fee Fraud and Other Related Offences, Act, 2006 and punishable under section 1 (3) 0f the same Act”.

The accused persons pleaded not guilty to all the charge when it was read to them.

Justice Bala after listening to both counsel, adjourned to November 11, for hearing on the bail application and ordered the accused persons to be remanded in EFCC custody.

At the resumed hearing of the case today, the court held that it had jurisdiction to entertain and decide the matter and consequently ordered the accused persons to enter their plea.