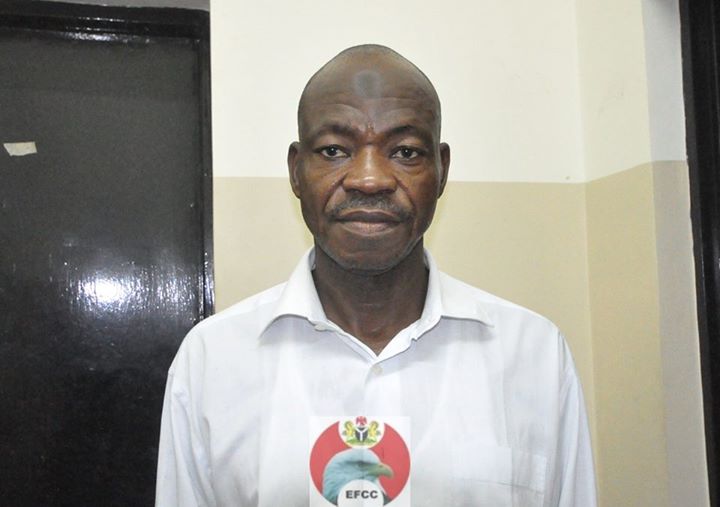 A suspected fraudster, who defrauded a group of Bureau de Change operators of $18,600,290 USD and disappeared after he was granted administrative bail by the Economic and Financial Crimes Commission, EFCC, has been re-arrested. Alhaji Saidu Hashim was picked up by operatives of the Commission from his hide out in Lagos.

The suspect is alleged to have collected the money and diverted it for his personal use thereby failing to honour his financial obligation to the group.

The suspect who was first arrested by the EFCC was granted administrative bail prior to his arraignment in court but jumped bail, thereby stalling his prosecution. But his accomplice, Ahmed Bashir is currently standing trial at the Federal High Court, Kaduna.

The fraudulent activities of the suspect and his disappearance brought untold hardship to his victims and their dependants.

Alhaji Hashim will soon be arraigned in court.