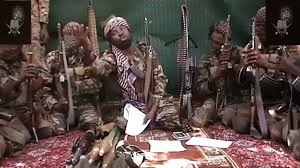 The Former Secretary to the Government of the Federation, Alhaji Yayale Ahmad, said yesterday that the Federal Government should grant general amnesty to the members of the Boko Haram.

The former Head of Service to the Federation said if they meet the conditions that gave rise to pardoning Niger Delta militants in 2009, the group should be given pardon.

Ahmed appealed to the government to do more to cater for the youths in order to entice them to keep off evil ways and embrace what is right for the society.

“The only way to do that is through job creation, poverty alleviation and massive education of the people,” he said.

He expressed doubts whe-ther the sect members would ever come out and establish real contacts with the government with a view to facilitating genuine dialogue noted the agenda of the terrorists was unclear and confusing unlike the Niger Delta Militants..

“In the case of the Niger Delta, it was possible for the government to establish contacts with their leaders, who were not in the creeks. They had a definite demand and territory, which made it easy for us to know that they wanted.

“But in the case of Boko Haram, they say they are in the Northeast but they are invisible. They are so invisible that you can hardly trace them even though they may be in your household.

“Secondly, the Boko Haram demand is not economically-based or a call for economic emancipation. Their demand is a religious one, which even the constituency of Boko Haram actors, Islam, is uncomfortable with.

Ahmad was part of late President Yar’Adua’s team that midwifed the Niger Delta amnesty package in 2009, pointed out that unlike the Niger Delta militants who had a clear and definite demand, the sect’s agenda was unclear and confusing.