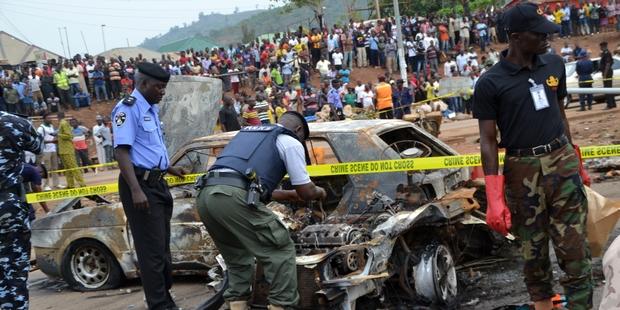 Last night’s deadly car bombing in a suburb of the Nigerian capital Abuja displays a callous disregard for human life and highlights the urgency of bringing an end to the campaign of violence against civilians being waged by Islamist armed groups in Nigeria, Amnesty International said.

No group has yet claimed responsibility for the latest attack, which killed 19 people and injured more than 60 in the Abuja suburb of Nyanya. It comes less than three weeks after the armed group Boko Haram killed more than 70 people in a similar attack on the same area.

“Besides showing a callous disregard for human life, violent attacks targeting civilians, like the one carried out in Nyanya last night, are unlawful and must end immediately,” said Susanna Flood, Director of Media at Amnesty International.

“Boko Haram and other armed groups must renounce their unlawful and counterproductive campaign of violence against civilians. The Nigerian authorities, for their part, must do more to protect civilians and bring the perpetrators of all such attacks to justice – but it is crucial that they do so without carrying out further human rights violations.”

More than 1,500 people have been killed since the beginning of 2014 amid fighting between Nigerian security forces and Islamist armed groups, which are based mainly in the north-east of the country but occasionally launch attacks in the capital and elsewhere. Last night’s attack comes just days before the World Economic Forum on Africa opens in Abuja on 7 May.

The latest attack also comes as many Nigerians are demanding the release of more than 200 schoolgirls abducted in an overnight raid by an armed group in Chibok, north-eastern Nigeria, on 15 April. It is not yet known who is responsible, but Islamist groups including Boko Haram – whose name translates as a call to ban “Western” education – have carried out similar abductions on a smaller scale in the past.

On Wednesday, hundreds of people – including mothers of the abducted schoolgirls – marched to the National Assembly in Abuja to hand over a letter demanding more action from the Nigerian authorities to secure the girls’ release.

“Amnesty International stands in solidarity with Nigerians calling for the immediate and unconditional release of the schoolgirls from Chibok and an end to the armed groups’ abductions of civilians,” said Susanna Flood.

“Armed groups carrying out such abductions should know that these are serious violations of international humanitarian and human rights law, and Amnesty International will keep urging the Nigerian authorities to ensure those responsible are brought to justice in fair trials.”

Nigeria Is Not A Poor Nation, Says Jonathan