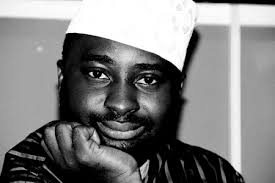 I write you this letter with utmost due respect, the reason why I have refrained from using your civilian title is simple -as we say in Nigeria, once a soldier, always a soldier.

Sir, I write you in connection with your profound memo directed at the governors of the 19 Northern States, in which you outlined some critical issues germane to the continuous survival of our beloved nation, Nigeria.

Respectfully sir, I do not seek to correct you, for how does one begin to correct an elder statesman? My task is simple; I just wish to remind you of some salient points to our recent history. Let us cast our minds back to the rise of Jam??at Ahl as-Sunnah lid-da?wa wal-Jih?d or Boko Haram is clearly documented in Nigeria, with an alarming and inane clarity the leader of the group Abubakar Shekau has come out several times to claim attacks, in some instances with video evidences, the This Day Bomblast and the attack on Giwa Barracks comes to mind in these instances. As such Sir, this denial and attribution to state actors is being blind to the obvious and pandering to the conspiracy theories peddled at newspaper vendor and Mai Shayi spots which is against the grain of your distinguished career where you rose to the exalted rank of a Vice Admiral and the position of Deputy Chief of Defense Staff.

Sir, you also made allusion, to the fact that government has been  behind the killing and attempted assassinations of clergy men and the members of the traditional ruling class, once more if you trace the rise of the insurgency, you will discover that several Imams that have spoken out against the insurgency or have attempted a rational debate have all been assassinated, in the Youtube video where Abubakar Shekau, claimed the Giwa Barrack’s attack, he also gloated and claimed the killing of Sheikh Albani who had a history of condemning the insurgency’s campaign of violence.  However, I am sure the revered Emirs of the North are aware of those who are after their lives and would disagree with your views on this.

On the October 1 bomb blast, I differ on its linkage to the ongoing insurgency in Northern Nigeria; nevertheless, the conspiracy of roping leaders of Northern extraction by investigating agencies had the markings of the pervasive political intrigues that continue to mar true solutions to insecurity in Nigeria. Same also is the Wendell Simlin/Reno Omokri saga which threw up an opportunistic window of scoring political and emotional knock out against the then embattled CBN governor Sanusi Lamido Sanusi. On both counts the government of Goodluck Jonathan had failed to extricate itself from the ambiguity of subterfuge intertwined with the blood of innocent Nigerians. Baba Mai Mangoro, it is important for the sake of clarity that we distinguish these issues.

Finally sir, as someone who fought for the oneness of this country, as a sub-lieutenant in 1965 and even commanded the Nigerian Navy’s Patrol craft, a landing craft and the first missile carrying ship and also as a sitting governor –I term it as the height of the political incorrectness to allude to the President as “your son”, when he holds the mandate of the people of Nigeria and not the South-South nor the South East as you mistakenly alluded too. You also referred to the people of Eastern Nigeria as citizens of Eastern Nigeria and not as citizens of Nigeria, a soldier does not forget his battles Baba. Is it that you have forgotten you fought a war so that they will not call themselves citizens of Eastern Nigeria?  At the end of the day the premise of your role as a second lieutenant and your subsequent commanding of the Nigerian Navy’s landing craft were so that they remained citizens of Nigeria.

We don’t need prophets to point out to us that our macabre dance of shame was finally going to catch up with us as Nigerians. Even guests who came amongst us wrote about what our lifestyle with its abundance of negligence, unbridled misplacement of priorities and an insatiable avarice was going to lead to, from Karl Maier’s –This House has fallen to Amb. John Campbell’s Nigeria dancing on the brink they all pointed to where our ship of nationhood has sailed today.

Personally sir, I bear witness to your humility, last year, I remember you walking into the Private Jet Terminal of the Abuja Airport with a rather lean entourage, as you approached the lounge where we were seated, you stopped, greeted us in a very affable manner. I also remember one of those that were seated with us asked -who is this gentle old man – and we answered that -that was the governor of Adamawa State. In a country where public officers have become tin gods, your humility that afternoon was refreshing.

I agree with you in the end, that securing lives and property is the collective responsibility of every Nigerian, enough of this needless carnage. I too, want to live.

Alkasim Abdulkadir: The Girls Of Chibok, Between Rescue Ops And Negotiation