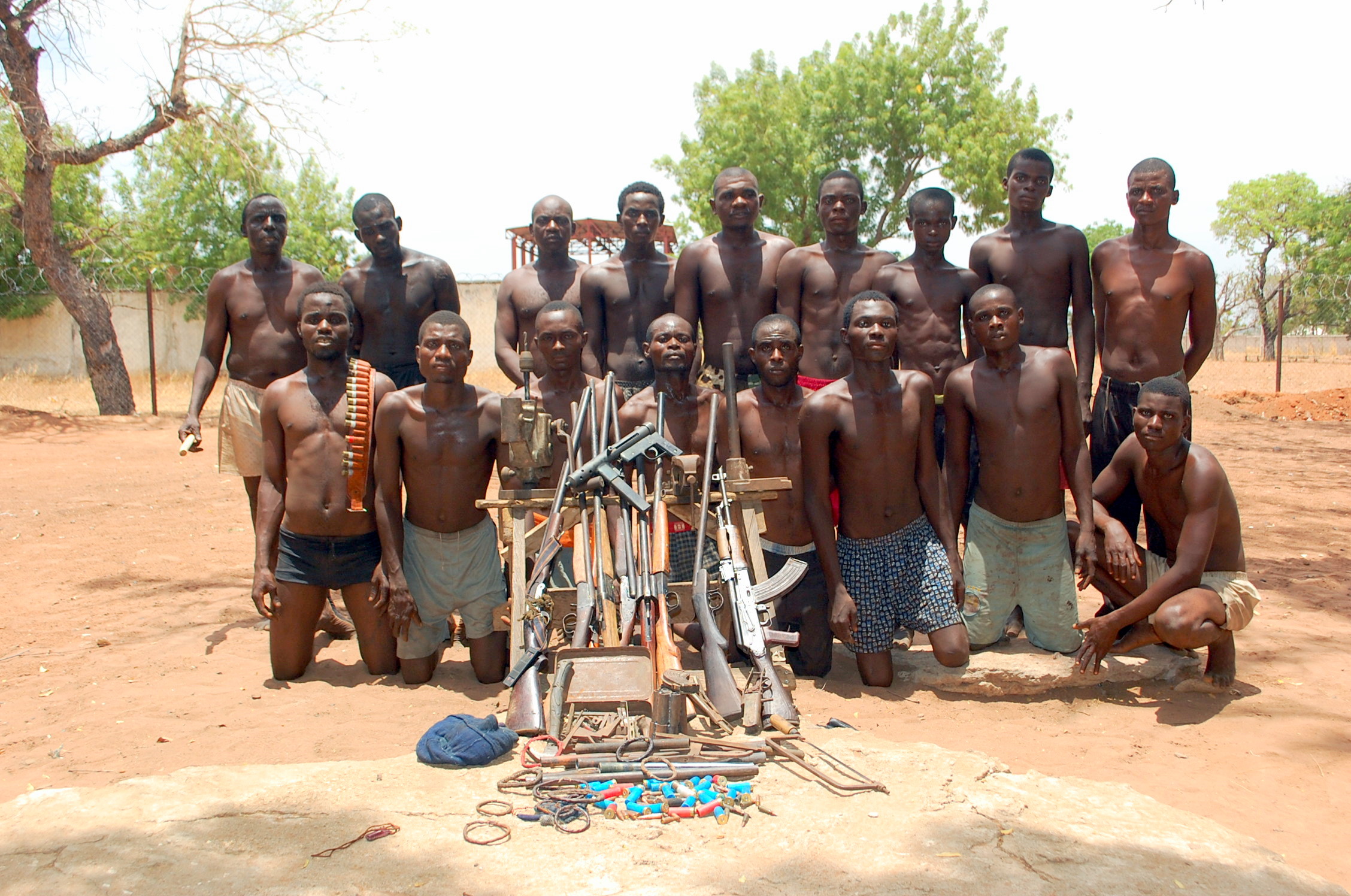 A group of terrorists operating under the guise of herdsmen from a camp in the outskirt of Wukari have been arrested, while others died after an attack on military check point at Gindin Dorowa, a suburb of Wukari in Taraba State.

In a statement by Chris Olukoade, the defence information director, Other members of the group were sighted in the course of air surveillance and later trailed to their camp where they engaged the troops in a battle.

The statement reads, “The terrorists were clad in the usual pattern of dress of their counterparts operating in Borno and Yobe States.”

The Defence Headquarters noted that one of the apprehended armed men confessed that he had been fighting for the terrorist group in Borno State and was recently brought to Wukari area in furtherance of their mission.

“Assorted arms and ammunition were recovered from them.”

Meanwhile, the curfew imposed on Wukari and its environs is expected to be relaxed as normalcy returns to the town. Troops have maintained patrol of the area while a house-to-house search for arms is ongoing.

In another development, troops on patrol of the Lake Chad Islands have made some arrests. Among those arrested was a boat operator who ferries terrorists across the Lake Chad while another confessed to being a supplier of hard drugs to the terrorist groups in the area.

“In the meantime, the search for the abducted students of Government Girls’ Secondary School, Chibok is also being intensified” the statement concluded.