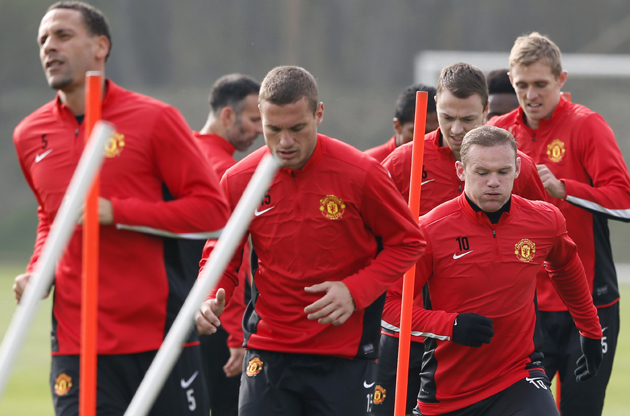 While the majority of Manchester United’s squad let down Moyes, there were a select few who really put a spanner in the works.

Here we ask exactly who were the players that did not stand up and be counted this season?

Snapped up for a huge sum by Moyes, Fellaini’s future at Manchester United was under scrutiny from the start. A poor summer transfer window meant that Fellaini was an emergency; a disaster waiting to happen.

He has struggled with injuries at Old Trafford, but when he has played it has usually been a poor shift. He has made 15 appearances in the Premier League, creating three chances, a horrible return compared to the thirty-three he produced for Everton last season. His 11 goals for the Toffees in the league were shrewd from midfield, something he has failed to replicate in Manchester as the Belgian is yet to open his account for his new club.

Fellaini’s price tag may have done him no favours, but neither did his performances

For any player, whether it be the captain of Manchester United or the a bench warmer at a League Two club, it becomes extremely difficult to play to your best ability when you are planning which house to buy next.

Vidic will be moving on to pastures new in the summer and it was evident from the beginning of the season why. The Serbian, already a legend at Old Trafford, has struggled heavily at the Theatre of Dreams this season and, when the youth of the United side looked for a leader, Vidic failed to stand up.

He began to lose more duels, impressive last season under Ferguson with 61%, but worrying this season with 58%. He made no defensive errors throughout the Premier League campaign last season, but has two this term. He was torn to shreds by a rampant Liverpool side recently and was also sent off.

It’s not that he lacked interest or pride, but he didn’t stand up and be counted when it really mattered.

It was only until recently the former Wigan Athletic loanee was deemed not good enough for the starting XI, but for large parts of the season Moyes turned to the young midfielder for energy.

Cleverley has made 21 league appearances this season and scored one goal. His shot accuracy has been a measly 63%, while he wins 50% of his duels – a key asset he lacks in a vital area of the pitch.

Cleverley has time on his side, but he put a lot of pressure on Moyes with some rather average performances throughout the season. The Scotsman stuck by him, like Sir Alex did, but it backfired and it seems Cleverley could follow Moyes out of the door.

Sir Alex Ferguson always managed to utilise the centre-back in the best possible manner. Carefully monitoring his ageing body, along with ensuring he had the right amount of rest meant that Rio Ferdinand was always in optimum shape, particularly for Ferguson’s last farewell.

However, Ferdinand has barely been seen in a United shirt this season and when he has, it has usually resulted in a comedy show. The former England international made 28 appearances last season and had a pass accuracy of 90%. He netted once and also managed to create five chances, along with winning an average of 62% of his duels. This season Ferdinand has only managed 11 Premier League appearances, won 59% of his duels, scored no goals and hasn’t replicated his creativity from last season either.

Ferdinand’s European experience was of the essence and it was why Moyes turned to him for the first leg against Olympiakos. Yet he put in a shambolic display, embarrassing his manager by winning 17% of his duels and collecting a yellow card.

In a season where experience and leaders should have been there to guide the new manager, Ferdinand seemed more interested with social media than he did playing football.

Giggs Not In Line For Permanent United Job – Reports