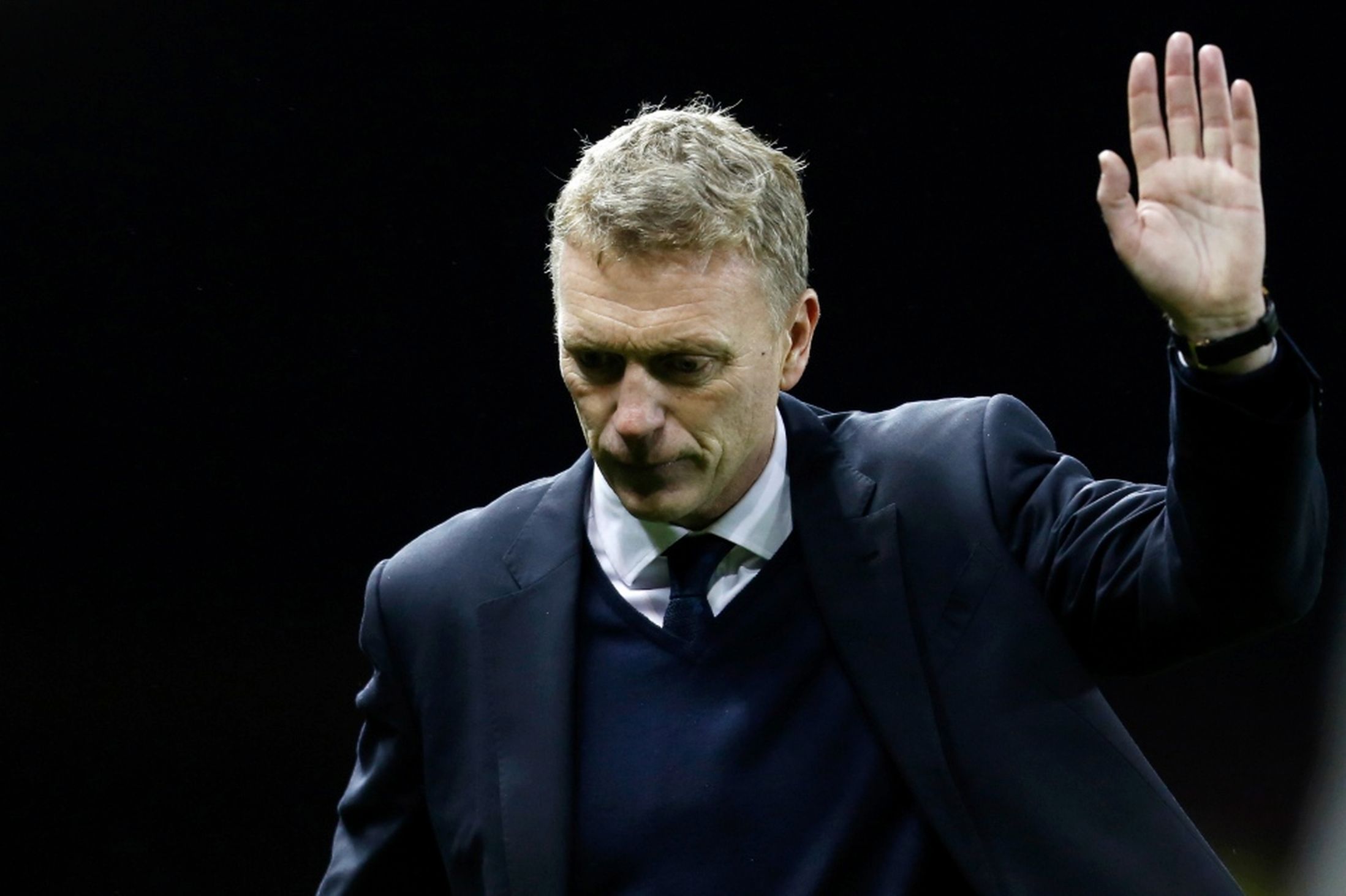 David Moyes has arrived at Manchester United’s Carrington training ground with a report of his sack.

The reports emerged less than 24 hours after Manchester United lost 2-0 to Everton making it mathematically impossible for them to qualify for the Champions League.

Manchester United twitter handle, tweeted about Moyes sack, confirming the early mourning rumours that the failed manager was eventually going to be kicked out today.

“The Club would like to place on record its thanks for the hard work, honesty and integrity he brought to the role” statement by Manchester United reads.

Moyes sacking has been “confirmed with immediate effect” with chief executive Ed Woodward arriving at Carrington at 8am on Tuesday morning to inform the Scot face-to-face of the news.

Some reports suggest that the decision to part with Moyes was made as early as February but that the club were waiting to be mathematically eliminated from the Champions League race before confirming the news.

Moyes signed a six-year contract with the club last summer, but as the club failed to make the top four, it is believed United can sack him and only compensate him one year’s wages – which would be around £4.5 million.

Manchester United legend Ryan Giggs, assisted by former team-mate Nicky Butt, is expected to manage the club on a temporary basis until the end of the season.

According to the Sun, Netherlands manager Louis van Gaal wants the job while the Daily Mail say the former Barcelona and Ajax boss is ‘first in line’. Van Gaal, who has confirmed he is leaving the Dutch national team after the World Cup, is currently the bookmakers’ 7/2 favourite for the position.

Dortmund manager Jurgen Klopp (5/1) is now second favourite for the job, although he did extend his contract with the Bundesliga giants until 2018 only last October.

The Four Manchester United Players Who Cost Moyes His Job