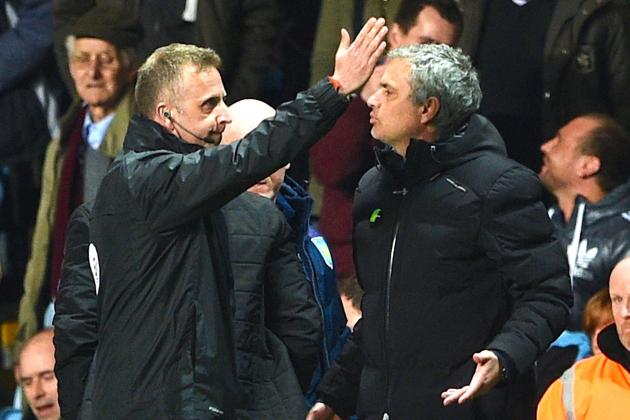 The English football association has fined Chelsea Manager, Jose Mourinho £8000 for entering during the field of play in last month’s premier league game between his side Chelsea and Aston Villa.

On Thursday, the FA issued the statement and also warned Mourinho as regard his conduct in future. The statement reads:

‘Chelsea manager Jose Mourinho has been fined £8,000 and warned as to his future conduct following an Independent Regulatory Commission hearing,

Mourinho denied a breach of FA Rule E3 in that his behaviour in re-entering the field of play and approaching the Match Referee in an attempt to speak to him, in or around the 90th minute of the game against Aston Villa on 15 March 2014, amounted to improper conduct.

However, the charge was found proven at a personal hearing on Wednesday 9 April.2′