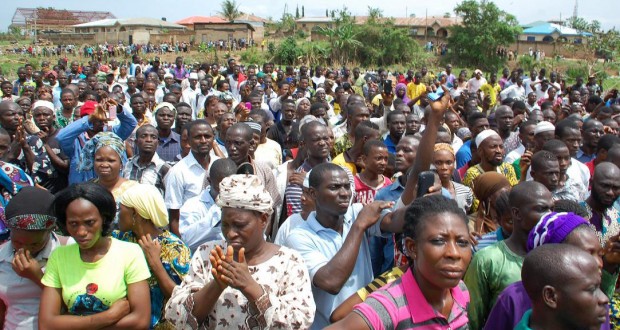 As the Oyo state government moves to acquire the land from owners of the Soka, Ibadan “forest of horror”, used by kidnappers to kill and house their victims.

The survivors have continued to narrate their ordeal and how they were captured by their captors.

Even as some of the victims are yet to be fully conscious of their new environment.Nafiu Shittu and Titi Adeyemi have responded to treatment and here’s what they told the Nation reporter, Bisi Oladele..

Titi Adeniyi, 45, said: “I live at Awolowo compound in Oke Bola, Ibadan. I am not mad and I am not an old woman. Two months ago, I was in front of our house when some men grabbed me and said I was under arrest. Before I could protest, I was put in a bus and driven away. We did not go to any police station and I still don’t know how we reached the bush. I had N10,000 with me but they took it. I am 45 but in the few months I spent there, I aged quickly for lack of care. We were fed once in a week.”

Nafiu Shittu said: “I am a native of Ibadan living in Foko and Olodo area of Ibadan. I sold pile medicine to people in the city. I was doing the business on the day I was kidnapped four months ago. After going round the area where I had customers, I felt tired and decided to rest. It was at the Gate area. Suddenly, a bus stopped by my side and two men came out and rushed me into the back seat. That was all I could remember. When I regained consciousness, I was in a room in the forest, chained to a wall. I was too tired to struggle and as the days passed by, I became frail because I was not given anything to eat.”

Asked if he was aware of his environment, Shittu replied: “I am a normal human being. It is not possible for me to know where I was because I was in a room all through my days in captivity.”

He said he was not the only one in the building, adding that people passed by it regularly as he heard their conversations.

Governor Abiola Ajimobi and heads of security agencies were at the “forest of horror” yesterday. A woman was allegedly killed by a stray bullet during a clash between policemen and some youths.