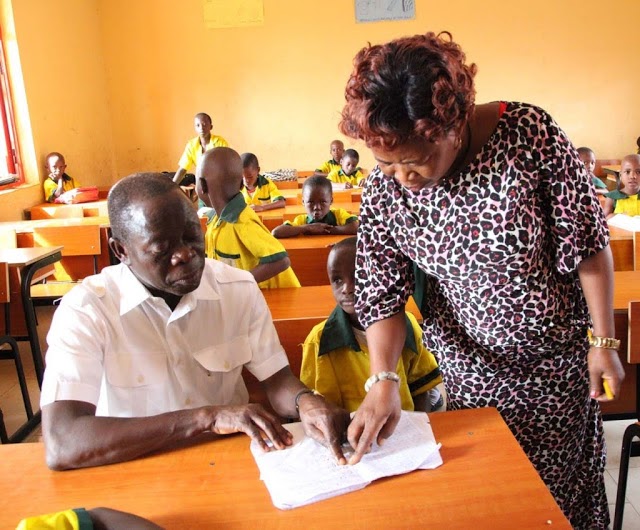 The competency test ordered by Edo government for teachers in public schools recorded low turn-out, as many teachers refused to participate in the exercise held on Saturday.

The test was scheduled to hold simultaneously in the three senatorial districts of the state.

When a correspondent visited the University of Benin, one of the venues, at 11.30 a.m. only 73 teachers were accredited.

At the Auchi Polytechnic, centre for the test in Edo North Senatorial District, only 12 teachers wrote the test.

In Edo Central Senatorial District, only 15 teachers wrote the test.

Teachers, who came for the tests, were accredited before taking the test conducted by the Edo State Education Assessment Committee on behalf of Edo Universal Basic Education Board, SUBEB.

It was observed that security personnel were on ground to forestall any breakdown of law and order following alleged threats by the National Union of Teachers, NUT, to disrupt the exercise.

The Chairman of SUBEB, Stephen Alao, who was on ground to monitor the test, said the test was not meant to short list teachers for retrenchment.

“This is the beginning of a learning exercise for Edo State primary and secondary teachers.

“With this assessment going on today, government would now be able to plan properly in the training for all our teachers in the state.

“This is because, without the assessment, we will not know the kind of training to organise for upgrading our teachers.

“So, this test is just merely to ascertain where we are and where we need to go and that has been the dream of the governor.

“And with this assessment, I am so glad that this is one of the first steps in many years to revamp the educational sector in Edo state,” he said.

“If they go ahead with the test, we will file contempt charges against the government of Edo,” Mr. Afolabi said.

Washington Osifo, the Edo Commissioner for Higher Education, said that government was not aware of any court injunction stopping the state government from conducting the test.

“Government is set to conduct the assessment test. Nobody will force anybody to do what is right. The test is in the interest of the teachers and Edo children.