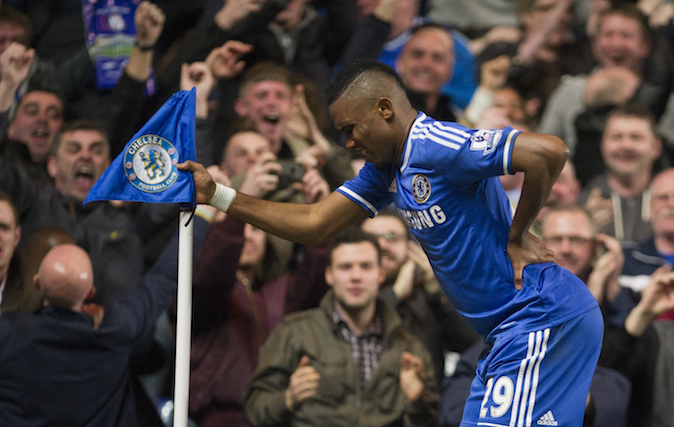 Wondering how to silence your critics? Learn a lesson, two or more from Chelsea’s Cameroonian striker, Samuel Eto’o. Eto’o was called up at the last minute before Chelsea’s ring pre-match 4-0 victory against Tottenham on Saturday after Fernando Torres picked up an injury during pre-match warm-up.

After pre-match pleasantries and just seconds before kickoff, Samuel Eto’o provided comic relief when the cameras captured him sniffing his nasal spray while brightening and dimming his eyes like a cartoon character.

That was the first of a series of events for the Cameroonian who pounced on an error from Jan Vertonghen to give Chelsea the lead in the 56th minute, a goal which is 300th club goal. He also won the penaltywhich resulted in Chelsea’s second goal slotted in beautifully Eden Hazard after Tottenham defender,Younes Kaboul was sent-off.

Eto’o’s first goal was made even more special when he appeared to hobble as he held the corner flag and began to move like an old man with one hand on his waist as fans roared with laughter and joy.
This was a perfect response to his manager, Jose Mourinho who had mocked him in an ought-to-be private conversation with a Swiss journalist recently when he said,
“The problem with Chelsea is we lack a striker. I have one [Eto’o] but he’s 32. Maybe 35, who knows?”
After that episode, Eto’o’s former lover worsened issues when she came out to say, Eto’o is 39 not even 35

“It takes more to worry me, I’m Samuel Eto’o,”  “Fortunately I can still score goals at 35-36 years. At 36 or 37, I still score goals against Manchester United. I came to the club thanks to Jose, but that doesn’t change anything.
“Certain things happen in life, you have to face them. I’m not going to cause problems in the dressing room. And I’m not so young any more, there are statements that I can no longer make.”

What Samuel said at that time did not have the kind of effect his celebration had yesterday. I have learnt an invaluable lesson from Eto’o on how to silence critics and I am sure you have also 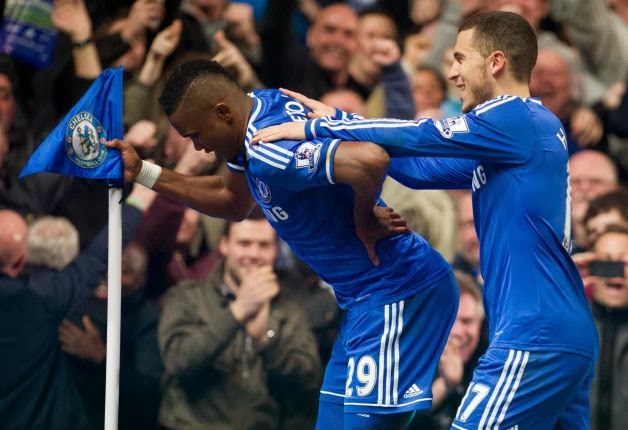 Why Wenger Has Not Penned A New Arsenal Deal

Despite Barca’s Loss, The Quest Is On – Martino