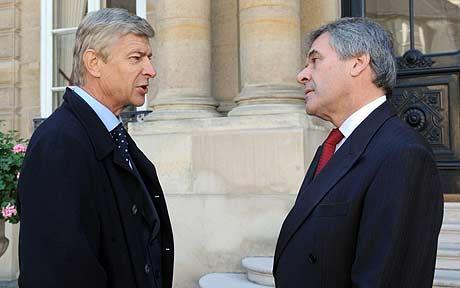 Neil Moxley of the Sunday People has insinuated that the reason why Arsenal’s French manager, Arsene Wenger has not penned a new contract with the club is because he wants to be accorded the rights of taking transfer decisions at the London club.

Wenger wants to gain full control over the purchase and sales of players at the club.

The major shareholder at Arsenal Football club, Stan Kroenke has confirmed that the 64 years old French manager will sign a new long-term deal with Arsenal which may see him end his career at the club.

Arsenal has made it through to the Semi Finals of the FA Cup after a convinving 4-1 win over Everton yesterday.