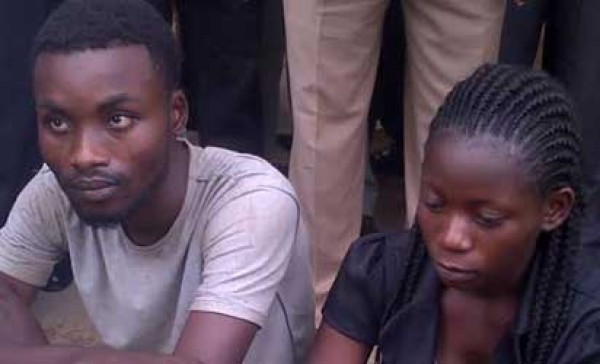 Kwara state police has arrested a girl, Mary Awoola for reportedly luring her friend into the hands of cultists so as to have her gang-raped. Mary is also suspected to be a cultist and the five men who raped her friend her suspected to members of her gang.

Mary confessed that what she did to her friend was as a result of the latter’s refusal to join her cult group even after much pressure. She made this confession at the Ilorin Police headquarters where she also revealed that she had been gang-raped herself by four (4) men befre being initiated into the cult. She made it clear that she had gained nothing from cultism just as she now regrets her action.

“I did not gain anything from cultism. I regret all my actions,” she said.

The Commissioner of Police said Mary Awoola was was picked up at Rondo area in Offa on the 22nd of February. It was at the same Offa that the five cultists had gang-raped the victim.

“Two suspects were arrested, they confessed to the crime while efforts are still on to arrest other fleeing suspects,” the CP revealed