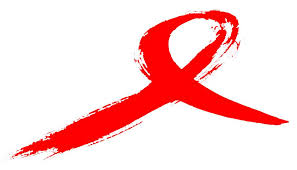 Women living in world regions where HIV infection is common are at high risk of acquiring HIV infection during pregnancy and the postpartum period, according to a study by US researchers published in this week’s PLOS Medicine. Alison Drake and colleagues from the University of Washington in Seattle also found that mothers who acquire HIV during pregnancy or postpartum are more likely to pass the infection on to their offspring than mothers with chronic HIV infections.

The authors reached these conclusions by reviewing relevant published studies and then using a model to estimate the HIV incidence rate and the association between pregnancy and postpartum status, HIV incidence and the risk and rates of mother to child transmission .

The authors found that the combined HIV incidence rate among pregnant/postpartum women was 3.8/100 person-years. Furthermore, the number of new infections per number of people at risk was significantly higher in African countries than in non-African countries at 3.6 per cent and 0.3 per cent respectively. The authors also found that among African women, the risk of MTCT was 2.9-fold higher during the postpartum period among those who had recently acquired HIV than among those with chronic HIV infection, and 2.3-fold higher during the pregnancy/postpartum periods combined.

Although limited by differences in the quality of the studies included in this review, these findings have important implications: they suggest that women living in regions where HIV infection is common should be offered repeat HIV testing during pregnancy and in the postpartum period to detect incident HIV infections, and that preventing HIV transmission during pregnancy and the postpartum period should be prioritized, for example, by counseling women about the need to use condoms to prevent transmission during this period of their lives.

The authors say: “Detection and prevention of incident HIV in pregnancy/postpartum should be prioritized, and is critical to decrease [mother to child transmission.

The latest CDC obesity data, published in the February 26 issue of the Journal of the American Medical Association, show a significant decline in obesity among children aged 2 to 5 years. Obesity prevalence for this age group went from nearly 14 per cent in 2003-2004 to just over 8 per cent in 2011-2012 — a decline of 43 per cent — based on CDC’s National Health and Nutrition Examination Survey data. Although the JAMA study does not specifically compare 2009-2010 with 2011-2012, NHANES data does show a decline in the 2 to 5 year old age group during that time period — from just over 12 percent in 2009-2010 to just over 8 percent in 2011-2012.

“We continue to see signs that, for some children in this country, the scales are tipping. This report comes on the heels of previous CDC data that found a significant decline in obesity prevalence among low-income children aged 2 to 4 years participating in federal nutrition programs,” said CDC Director Tom Frieden, M.D., M.P.H. “We’ve also seen signs from communities around the country with obesity prevention programs including Anchorage, Alaska, Philadelphia, New York City and King County, Washington. This confirms that at least for kids, we can turn the tide and begin to reverse the obesity epidemic.”

While the precise reasons for the decline in obesity among 2 to 5 year olds are not clear, many child care centers have started to improve their nutrition and physical activity standards over the past few years. In addition, CDC data show decreases in consumption of sugar-sweetened beverages among youth in recent years. Another possible factor might be the improvement in breastfeeding rates in the United States, which is beneficial to staving off obesity in breastfed children.

“I am thrilled at the progress we’ve made over the last few years in obesity rates among our youngest Americans,” said Michelle Obama, First Lady of the United States of America. “With the participation of kids, parents, and communities in Let’s Move! these last four years, healthier habits are beginning to become the new norm.”

Related Topics:HIVHealthFeaturedWomenHigh Risk
Up Next