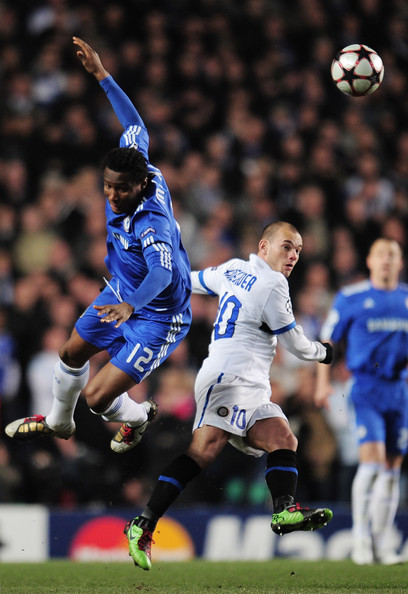 The Nerazzurris will be restructuring their squad in the summer and it seems coach Walter Mazzarri is looking to sign a holding midfielder who would help the likes of Hernanes and Guarin work better as attacking midfielders.

Inter’s sporting director Piero Ausilio has scouted some high profile players for that role but it seems Nigerian, John Obi Mikel is number one on his list.

It is reported that John Obi Mikel wants to test his skills in a different league after seeing Serbian, Nemanja Matic go above him in the pecking order at Chelsea.

Mikel’s  Chelsea contract lasts till June 2017 and he is valued at €15 million, but his €4 million yearly wage might prove a stumbling block.

Nigeria Versus Scotland Friendly Match Proposed For May

“I’m Not Over Chelsea Yet” Ivorian Striker, Didier Drogba Considers A Comeback