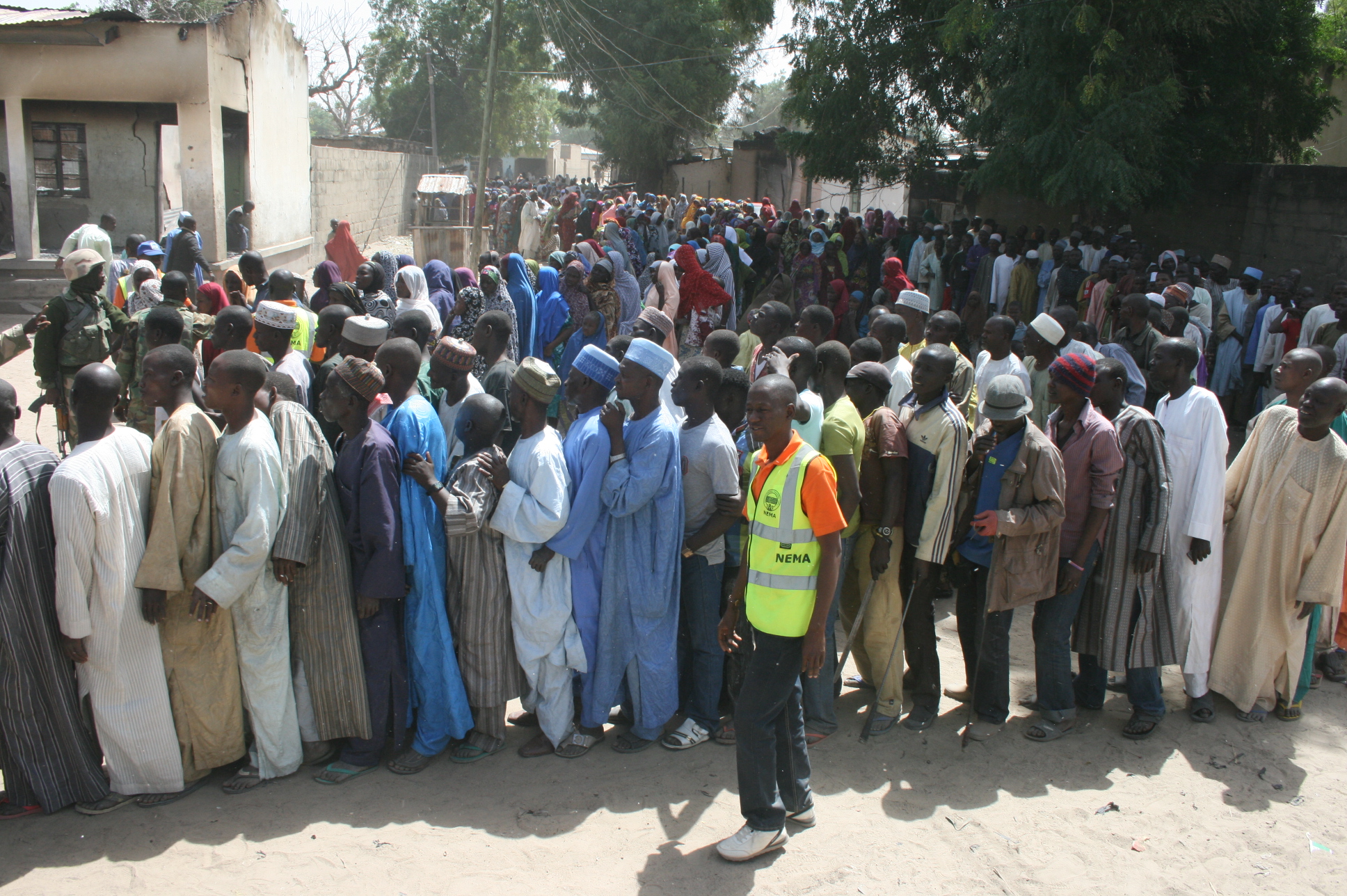 The Federal Government of Nigeria Moves Relief Materials to Konduga for Victims of Terrorist Attacks over the weekend following the attacks by Boko Haram terrorst that left 51 dead.

A statement by Abdulkadir ibrahim, the Zonal Information officer NEMA North EastWhile stated that more troops have been deployed for protection of lives and properties.

It noted that while the deployment is ongoing, the Federal Government has moved truckloads of relief materials to Konduga Local Government Council of Borno State which was recently attacked by suspected insurgents.

The truckload of materials which were transported by officials of the National Emergency Management Agency (NEMA) led by its North-West Zonal Cordinator Muhammad Kanar include food items, toiletries, clothing and other basic needs.

With the destruction of markets in the community, the gestures of the federal government was well-received by thousands of local who trooped out from their abodes and hideouts to receive the materials.

The Zonal Coordinator of NEMA, Muhammad Kanar assured members of the community that more items would be distributed including building materials to rehabilitate some of the structures destroyed in the recent attacks.

NEMA has undertaken many of such interventions in recent times in various communities in Borno, Adamawa and Yobe states where a state of emergency has been declared as a result of the insurgent activities.