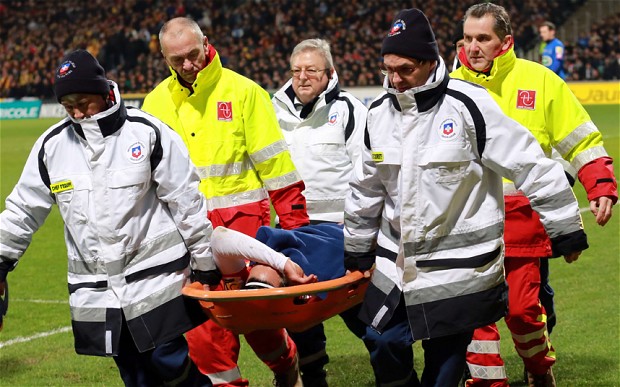 Monaco of France striker, Radamel Falcao is set to begin a new stage of recuperation after surgery on an anterior cruciate ligament injury.

The Colombian footballer will likely miss the World Cup year after an injury in a Coupe de France clash with Monts d’Or Azergues. He has been receiving treatment in Porto as he hopes to recover in time for the world cup

His clu, Monaco believes the 28 years old is recovering fine and may feature in the World Cup. A statement on the website reads:

“AS Monaco FC and the player would like to thank all the people who took care of Falcao to Porto, in particular the medical department of Dr Jose Carlos Noronha and club of FC Porto,”

“Radamel Falcao is going to pursue from this Thursday the second phase of his recovery in the sport clinic in Madrid in close collaboration with the medical department of AS Monaco FC.”