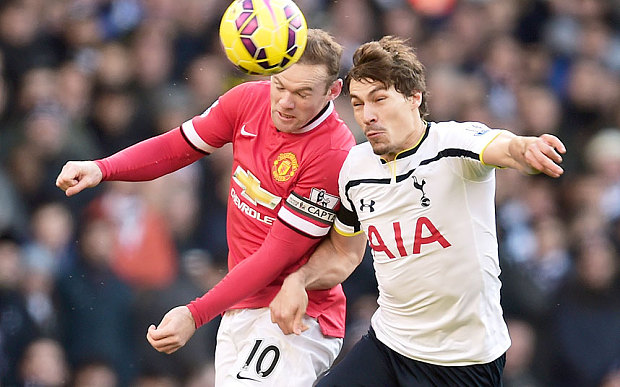 Despite showing so much promise in the first half, all Manchester United was able to manage was a goalless draw at White Hart lane. Juan Mata, Radamel Falcao and Robin Van Persie all missed clear cut chances which will have put United ahead in the game.

Tottenham goalkeeper, Hugo Lloris also showed promise to keep the away team at bay as he made some incredible saves which will denied the Manchester United attackers a goal. The Red Devils are now unbeaten in their last nine fixtures and will head into the new year in third position.

Tottenham on their part showed a lot of promise towards the end of the game and came really close to snatching a late win but the chance which was beautifully created by Harry Kane was blazed over by Ryan Mason.

Tottenham is currently unbeaten in their last five games against Manchester United and faces Chelsea next in the premier league on New Year day of 2015.

“I Made Plenty of Mistakes In England”, AVB Reveals How Chelsea Players Let Him Down