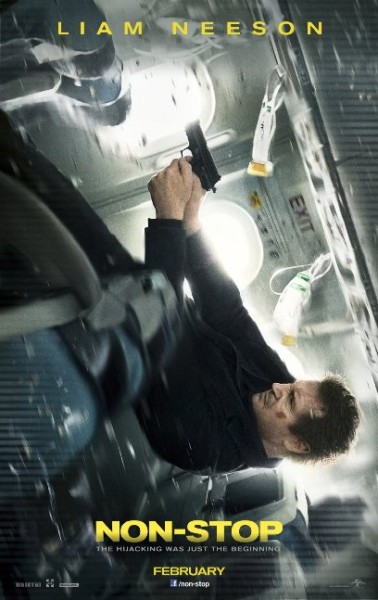 Liam Neeson is back in an action flick. Non-Stop. The Cast for Non-Stop also includes Lupita Nyong’o, Julianne Moore and Michael Dockery.

In Non-Stop, an air marshall must spring into action aboard an international flight after receiving a series text messages that put his fellow passengers at risk unless the airline transfers $150 million into an off-shore account.

Non-Stop will premiere on 28th February 2014 and the movie’s budget is estimated  have $50 Million budget. Star of the moment, Lupita acts as one of the air hostesses