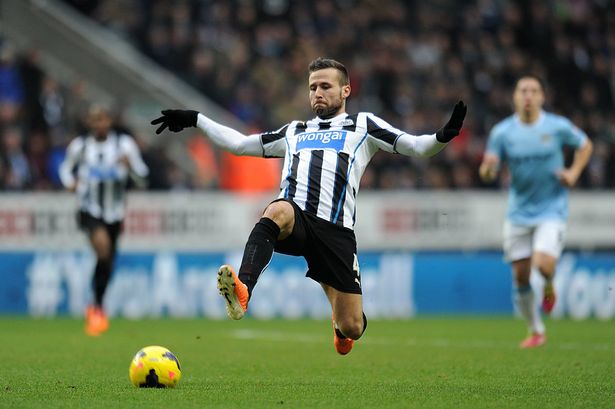 Paris Saint-Germain of France has agreed a £20 million fee with Newcastle United for Yohan Cabaye. The Newcastle midfielder will travel to France on Tuesday for a medical.

This will come as a huge blow to Newcastle Manager, Alan Pardew who had revealed on Monday during a press conference that it was not certain they could keep Cabaye

“You are talking to someone who lost Andy Carroll with eight hours to go, so am I confident?

“I still maintain that was one of my best periods as a manager at this football club, getting us safe that year, so in terms of my mentality, I’m just strong about it. I am strong whatever happens. I am the manager and I have got to deal with it.

”I don’t want him (Cabaye) to go. We have not indicated for one moment here from the owner down to any of my staff that we want him to go, not one iota.

”We would need to bring somebody in, for sure. You can’t lose a player of that quality and not replace him.”

If the deal eventually goes through, Cabaye will be missed a lot at Tyneside after making himself an integral part of the team since joining from Lille two and a  half years ago.

Messi Is Not For Sale, Barca President Makes It Clear