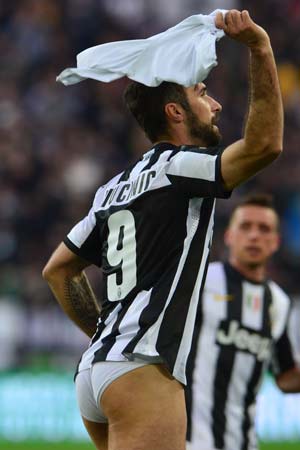 Montenegro and Juventus forward, Mirko Vucinic has snubbed the opportunity of joining Zenit St Petersburg of Russia. He is confident of making a move to Inter Milan this week.

Vucinic wants out of Juve as he is need of first-team action .Last week, it appeared he would be used in as a player-exchange deal involving Fredy Guarin.

Although wanted by several clubs, it was Zenit who were keen to sign Vucinic but the 30-years-old is not interested in a move to Russia but sees Inter as his priority

Thohir is in Italy currently and his presence  may possibly ensure a deal for Vucinic.

Salah Becomes First Ever Egyptian To Sign For Chelsea