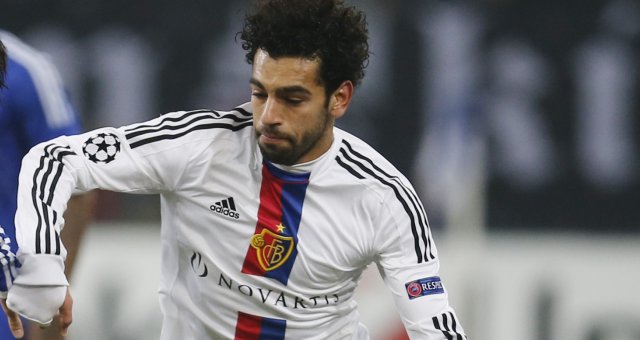 Salah is a creative attacking midfielder who has in the past had a good goal scoring record against Chelsea; twice in the UEFA Champions League and once in the Europa League totaling three goals in four meetings.

Upon penning a deal with the Blues, Salah said:

I’m very happy to sign for Chelsea, such a big club in the world. I hope I can make the Chelsea supporters happy and have a good career at the club for many years to come.’

At just 21, Salah plays on either flank and could also play behind the striker in a central role. The Egyptian is believed to be a replacement for Juan Mata who completed a move to Manchester United from Chelsea on Saturday

A quick, inventive attacking-midfielder, Salah moves to Stamford Bridge having played against us twice for Basel in the group stages of this season’s Champions League, when he scored in both matches, as well as in last season’s Europa League, when he was also on target in the second leg of our semi-final.

The 21-year-old’s versatility ensures he is comfortable playing on either flank or occupying a more central role behind a striker.

Salah is therefore the first Egyptian ever to sign for Chelsea.

David Moyes Hopes Mata Signing Will Be The First Of Many