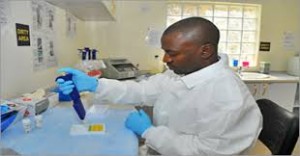 The Federal Government has assured that it would ensure a stronger focus on the provision of universal health coverage in the country in 2014.

This is contained in a document analysing the 2014 budget, and released by the Federal Ministry of Finance in Abuja.

It said the 2014 budget would continue the implementation of the “Saving one million lives’’ initiative to strengthen primary health care services.

It listed other areas to include tuberculosis, neglected tropical diseases and non-communicable diseases.

The document further showed that government would also focus on new initiatives such as President Goodluck Jonathan’s comprehensive response plan for HIV/AIDS.

According to the document, Nigeria will co-chair the fourth replenishment of the Global Fund to Fight AIDS, Tuberculosis and Malaria with UN Secretary General Ban Ki-moon and other world leaders.

In the education sector, the document disclosed that the focus in 2014 would be on revitalising the tertiary institutions by increasing investments in infrastructure to upgrade laboratories, classrooms and halls.

“As the 2015 deadline for Millennium Development Goals (MDGs) approaches, there will be expanded access to basic education for all Nigerian children,’’ it said.

The document further revealed that the Federal Government would continue to work with state governments to tackle the problem of the large number of out-of-school children in the country.

It also said there would be more investment in technical and vocational education to promote skills development for youths across the country.

Jonathan Orders The Release Of 165 Suspected Members Of Boko Haram