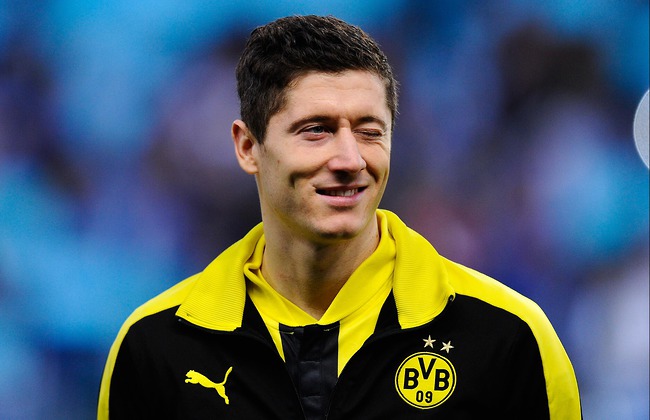 In what would be considered a major transfer coup, towering striker Robert Lewandowski will be heading to the Allianz Arena at the end of the season.

The prolific goal scorer has signed for Bundesliga rivals, Bayern Munich surprisingly on a free transfer and will join them from his current club, Borussia Dortmund at the end of the season

The Bavarian giants confirmed they had reached an agreement with the Polish international. Lewandowski has put pen to paper on a five-year deal which starts from July 1, 2014.

‘£FCBayern have signed Robert Lewandowski (25)! The striker has signed a 5-year contract until 2019.’

Bale Back In Madrid Squad For Celta Clash