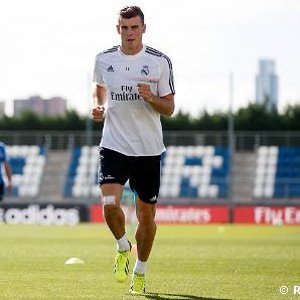 Real Madrid coach Carlo Ancelotti has said that Gareth Bale is fit enough to feature in Madrid’s first match of 2014 when they host Celta Vigo on Monday.

Bale missed his side’s 3-2 win over Valencia before the two-week winter break and didn’t travel with the squad to Qatar for the 1-0 friendly win over Paris Saint-Germain earlier this week due to a calf injury.

However, he has returned to training with the rest of his teammates and Ancelotti indicated that he would play some part even if it is not from the start.

“He is in the squad and I need to make the decision over whether he plays or not.

“He has trained and doesn’t have any problems, but we could wait until he is in optimal condition.”

Should Bale not make the starting line-up then it is likely that 20-year-old rising star Jese Rodriguez will take his place.

Jese scored the winner in both the Valencia and PSG games and Ancelotti once again stressed that he will have a big part to play in the second half of the season.

“He is doing very well and has shown that he is a very important player for Real Madrid.

“He is young, has improved a lot and he certainly could play tomorrow.”

Real ended the year in fine form with six wins in their last seven games.

However, they are in desperate need of another victory against Celta should they wish to maintain a title challenge after Atletico Madrid’s 1-0 win at Malaga on Saturday moved them eight points clear of their city rivals.

And Ancelotti is hoping to continue as they left off in 2013.

“After the break the players have arrived back in good condition. The team is in good shape and it should be a good game tomorrow.”