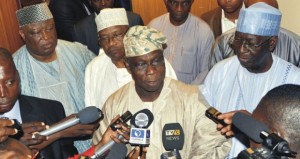 The leadership of the Civil Liberties Organi-zation (CLO) in Bayelsa State has announced plans to mobilise other groups across the country to take former president, Chief Olusegun Obasanjo, to the International Court of Justice at The Hague over the 1999 military invasion of Odi community in Bayelsa State.

In a paper presented at the 13th anniver-sary of the Odi military invasion, chairman of CLO Bayelsa State chapter, Chief Nengi James, said though the people of Odi have instituted a lawsuit against the federal government at the Federal High Court in Port Harcourt and secured fair judgment, the proposed coalition will not rest until the former president is prosecuted.
“The destruction of lives and property was massive and total. It is on this premise that I thought that, if not Odi, the human rights community should have petitioned the United Nations with a view to dragging the mastermind and head of the mass slaughter in Odi, Gen. Olusegun Obasanjo to the International Criminal Court in The Hague to answer to the crimes against humanity”
“It is provoking and unacceptable that despite the various landmark judiciary victo-ries recorded by the Odi people against the sub-versive government of Nigeria and its agencies, justice has continued to be delayed, and justice delayed is justice denied. Instructively, the judgments are a clear vindication of Odi, Gbaramatu ,Odioma, and other communities in the Ijaw Niger Delta that the invasion and destruction were flagrant violation of Article 3 and 5 of the United Nations Universal Declaration of Human Rights, and Article 4 and 5 of the African Charter on Human and Peoples Rights. We therefore demand the immediate compliance of the Nigerian government and its agencies with the judgments of the courts and stop the road blocks to delay execution of justice. It is the duty of the state and its institutions to safeguard the rule of law in the society”, he said.

Advertisement
Related Topics:ObasanjoOdi Killings
Up Next

Presidency Outlines The Unprecidented Performance By Jonathan In 2013 [READ]