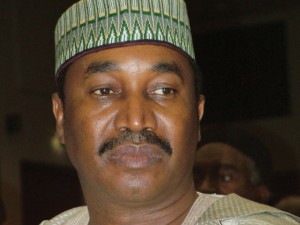 Gov. Ibrahim Shema of Katsina State on Sunday said the state’s Local Government elections would be conducted in the first quarter of 2014.

The governor, who was represented by Sen. Umar Tsauri, said all the materials needed for the exercise were on ground.

The News Agency of Nigeria (NAN) reports that the 34 local governments in the state were being managed by caretaker committees.

This was as a result of the expiration of the tenure of elected council officials early in 2011.

“The elections will take place next year, God willing, because everything has been put in place,’’ Shema said.

The governor called on PDP supporters to come out en mass during the elections to vote for the party’s candidates.

On the defection from the party to APC by some members, Shema said “most of such people are not original PDP members. Now, they have joined the group they belong to’’.

He, however, admitted that the party was facing challenges.

“We all know that PDP is facing some challenges and anyone trying to say otherwise is deceiving himself.

“But we have been able to identify those challenges. By identifying the problem itself, it means half of the challenges facing us as a party have been solved,’’ the governor said.

Shema however said PDP in the state would continue with the zoning and consensus principle.

He also called on party members to woo to the party’s fold other people that would help PDP in achieving its political objectives.