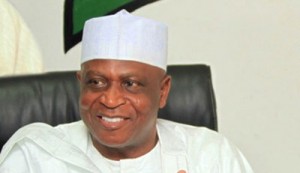 Former Acting National Chairman of the Peoples Democratic Party (PDP), Alhaji Abubakar Baraje, has said the PDP has failed the people the people and the party is incapable of taking Nigeria to the promised land.

Baraje now a member of the All Progressives Congress (APC) spoke to reporters in Ilorin, Kwara State capital, during the annual dinner of Klob 27, an Ilorin-based elite group.

Baraje said, “And let me tell you, all politicians either in Nigeria, Africa and in America, have one thing in common- aspiration and expectation. Once your aspirations and expectations are not being met, which largely may be responsible as a result of difference in ideology, you don’t have a business being in any group that is adequately representing your ideology, your belief, which may transcend into your aspiration.”

“Therefore, if PDP is no longer satisfying the interests and aspirations of people that are there who are largely politicians, it is normal to change to go and fuse into other group that they think their aspiration and ideology will work; not only for themselves but for the betterment of the entire public and the population of the country. So this is exactly what has happened.

“PDP has failed the people and I make bold to say that. The PDP that I know, that I was chairman, that I was the national secretary, is no longer the PDP that it was when I was there, when many of us were there”.

“The PDP has the right to say what they like but the law of the land overtakes anybody’s opinion. There is a law that guides declaring seats vacant. So people should go back to the law but if PDP members are saying they are the law, they are the alpha and omega, that is part of not satisfying the aspiration of people, impunity, lawlessness, disorderliness, people just sitting down and saying that you are declaring seats vacant, it is not done. We are not in a Banana republic”.

Presidency To Amaechi & Kwankwaso, PDP Will Win Election Over Again