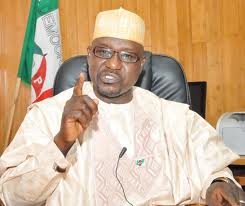 The Presidency on Sunday described the claim by Governors Rotimi Amaechi and Rabiu Kwankwaso that the Peoples Democracy Party would lose the presidential election in 2015 as wishful thinking.

The Special Adviser to the President on Political Matters, Mr. Ahmed Gulak, said this in an interview with PUNCH Newspaper correspondents.

Also, the PDP dismissed the governors’ claim, saying it was not known for rigging.

Gulak said contrary to the governors’ claim, the PDP would win convincingly in the forthcoming election and again form the Federal Government.

He described the APC as a bed of strange fellows, adding that the party had started experiencing crisis in some states.

He said, “That claim by the two governors and others in the APC is a wishful thinking.

“I can assure you that the PDP will win the next general elections and form the government at the federal level.

“The PDP is the only organised national party in the country. It is the party to beat.

“The APC is a bed of strange fellows. You know that they have started experiencing crisis. Go to Sokoto State, they have two offices already. That is happening in some other states too.”

The leadership of the Peoples Democratic Party said it was unfortunate that Amaechi and Kwankwaso who it said benefitted from the party were deriding the party.

The party said it was weary of replying the two governors.

It however added that the party was not known to rigging elections.

Amaechi had in an interview with journalists in Port Harcourt on Friday said unless the PDP rigged the 2015 elections, it would not win.

His Kano State counterpart urged Nigerians to work hard and vote the PDP out in 2015.

National Publicity Secretary of the party, Chief Olisa Metuh, who spoke with our correspondents on the telephone in Abuja on Sunday, however, assured the two governors that 2015 would show the popularity of the party.

He said, “I find it difficult and painful to react to this because these were formidable members of our party that had benefitted immensely from the party.”

Related Topics:politicsPDP2015 election
Up Next