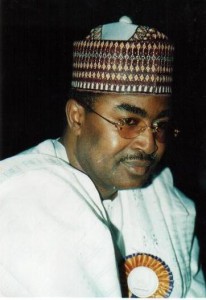 Since the defection of Adamawa state Governor, Murtala Nyako to the All Progressives Congress, the state chapter of the party has witnessed a political crisis rocking that threatens its formation ahead of the 2015 election.

The party held its first State Interim Committee meeting to settle issues relating to the defection of the State Governor Murtala Nyako from his former party, Peoples Democratic Party (PDP) PDP into APC.

Recall the leadership of the APC had handed over the chapters of the party to the governors that defected the PDP, but that decision hasn’t been favorable to long time members.. Hence the need by the party to call for a meeting to settle the differences.

But the said meeting is being presided by a party to the dispute, who happens to be the Adamawa governor, Murtala Nyako.

The meeting held at the Dougirei Government House Yola was attended by notable party chieftains, including the former Presidential Candidate of the Action Congress of Nigeria (ACN) Mallam Nuhu Ribadu and former State Minister of Defense under the Government of National Unity Abdurrahaman Abbah.

The North East Interim National Vice Chairman of the party Dr. Umar Duhu when contacted for comments on why some notable members of the committee were absent during the meeting, confirmed sending invitation to all the members of the Interim Committee but noted that some members simply and deliberately refused to attend.

What will become of the APC in months to come will be determined by the peace talks by the leadership and the worrying parties in the state chapter.