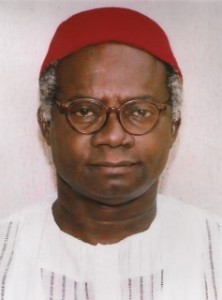 The Conference of Nigerian Political Parties on Sunday admitted that it is very tempting to give “unfettered admission” to political decampees from other political parties.

In a statement issued from Enugu by the Conference Publicity Secretary, Osita Okechuckwu called on the All Progressives Congress to stop forthwith further admission of People’s Democratic Party decampees.

The CNPP said it was making the call in the collective interest of Nigeria, so as to forestall the return of one party system and consequently absolute powers in post-2015 general elections.

“For we cannot forget in a hurry the granite saying of Lord Acton that power corrupts and absolute power corrupts absolutely; as evidenced by the imperial posture of the PDP-led Federal Government in the last 14 years which stifled political and economic growth,” the party said in a statement.

“The CNPP remembers with nostalgia the nationwide jubilation which heralded the registration of the APC on July 1, 2013 by the Independent National Electoral Commission; a jubilation predicated on the birth of a broad based alternative political party to the PDP.

“In sum, we had fervently prayed for Nigerian democracy to attain the zenith of liberal democracy, where two dominant political parties and compromise prevail. In other words where no political party will win 2/3 of the seats in the national or state assembles and where no party wins the presidential election with more than 53 percent of the votes cast. This is true democracy,” it added.

Related Topics:politicsCNPPConference of Nigerian Political Parties
Up Next