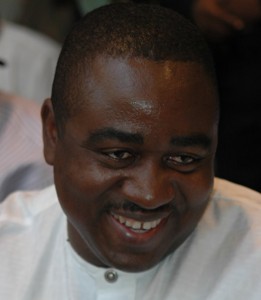 Gov. Gabriel Suswam of Benue, on Sunday, said some yet to be identified criminals, under the guise of Fulani herdsmen have been attacking and killing Tiv indigenes in the state.

The News Agency of Nigeria reports that there were killings in Guma, Gwer West and Makurdi local government areas by men suspected to be Fulani herdsmen.

However, Gov. Suswam, while briefing journalists at the end of a security meeting held at the new banquet hall in Makurdi, said “some criminals are the ones attacking Benue communities, not Fulani herdsmen.

“We called a meeting after the communal clashes between the Fulani herdsmen and the Tiv farmers.

“This situation is applicable to other areas in the state like Agatu but it is more pronounced in these councils.

“We called all the prominent people of Minda extraction for a roundtable to discuss possible ways of solving the problem once and for all and we discovered that criminals are the ones attacking Benue communities, not Fulani herdsmen.”

The governor added that the security meeting became necessary following the continued attack and killing of innocent Benue citizens in Guma, Gwer West and Makurdi.

Suswan said a committee had been raised, chaired by a Retired Permanent Secretary, Mr Moses Anagende, and 11 members to recommend ways of arresting the criminals.

He said the committee has one week to submit its report.

The security meeting was attended by the Tor-Tiv, Chief Alfred Tokula, Hon. Samuel Ortom, commissioners and governorship aspirants, among others.

Seven persons were reported dead last week following a clash between suspected herdsmen and Tiv farmers at Agasha in Guma Local Government Area of the state, as property and farmlands worth millions of naira were destroyed.

The Police Public Relations Officer, DSP Daniel Ezeala, had earlier confirmed the death of the seven persons in the clash.